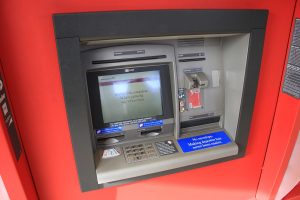 The number of Baltimore City school employees recently arrested for stealing from their own schools climbed to four after a former principal was charged with numerous counts of theft and embezzlement. The 44 year-old female administrator from Owings Mills now faces felony charges in the Baltimore Circuit Court, which has seen more than its share of public corruption cases. The allegations in this particular criminal scheme are disturbing to say the least as this was far from a one-time thing for the ex principal, whose school closed down after the 2016 academic year. She had been working at the school board’s central office on North Avenue, but is now on leave and is likely never return. A male teacher from Randallstown that worked at the same alternative high school has also been charged, and he will be co-defendants with his former boss in one of her three cases. The co-defendant case has an incident date of June 8th, 2016, right around the time the school closed, but the former boss is facing theft scheme and misappropriation by a fiduciary/ embezzlement charges in two other cases that allegedly began 2013.

The Office of the Maryland State Prosecutor is handling this prosecution, as they do with many public corruption cases not pursued by the feds. The office began investigating both defendants after being notified of the possible wrongdoing by the Baltimore City School’s legal department. Charging documents for one of the cases alleges that the former principal stole $13,409.28 from a bank account that she set up on behalf of the school. Proceeds from school uniform sales, school supplies, class dues and graduation fees were all placed into the account only to be withdrawn by the defendant in 49 separate ATM transactions at of all places a casino. The Maryland Live Casino in Anne Arundel County likely has recorded footage of the former principal using the school’s debit card to take out cash that was simply gambled away. Another case alleges that the former principal used fraudulent purchase orders to steal over $40,000 of electronics from the Baltimore City school system, including speakers, laptops, tablets and digital cameras. Finally, the most recent case alleges the former principal and her co-worker conspired to steal four flat screen televisions from the now closed high school at the city county line near Dundalk.

All indictments were filed in the circuit court last week and the charges were just announced by the state prosecutor. Neither defendant is currently incarcerated nor are there court dates set at this time. Both will likely be arraigned within the next month, and their cases will be set for trial 2-3 months later. The former principal is facing the realistic possibility of a jail sentence for her actions, although the last Baltimore public school principal found guilty of felony theft received a five year suspended sentence. If found guilty, the teacher who allegedly participated in the television theft will not likely face jail time and could possibly be granted the benefit of a probation before judgment, thus keeping his record free of a felony conviction. The Blog will follow the progress of these cases, and we may post another article in the future.

Benjamin Herbst is a theft lawyer that defends clients in all Maryland state and federal courts.  Contact Benjamin for a free consultation about your case anytime at 410-207-2598.