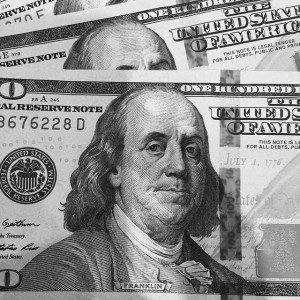 Committing the perfect crime is a deceiving proposition. While a perfectly executed heist may result in co-conspirators leaving the scene with their score, perfection in often the fatal mistake that causes their arrest a short time later. Whenever a robbery, theft, or burglary is performed at exactly the most opportune time, with the highest value and the least possible resistance, a seasoned detective will automatically assume an inside job. The suspect pool for an inside job is infinitely smaller, thus ruling out insiders is often the first step for law enforcement. Just like a murder case where cops often focus their initial inquiry on the current or ex-spouse, in a heist police first turn to employees of the business that was robbed. This is exactly what happened almost 3 years ago when over $270,000 was stolen from an armored car employee in Prince George’s County.

In the fall of 2012 the branch manager of a Hyattsville Bank of America conspired with one of her security guards and four other men to steal the bank’s money. The six carried out their plan on November 21, while the manager and the security guard were both on duty at the bank. Just as an armored car employee carrying the large amount of cash was leaving the bank the armed co-conspirators pounced. There was little resistance, and the four hired guns drove off with the money in vans they had parked outside the bank. Nobody was injured, and for a while the bank manager and her crew happily split their share of around 45 thousand each.

For a short time all six probably thought they got away with it. But federal agents, who typically handle bank robberies due to the money being federally insured, were not stumped for long. The four gun-toting bandits knew the time of the pickup, and that particular day the cash load was particularly large. Few people would have this type of knowledge, so agents were left with two scenarios. One theory would have been a team of highly experienced bank robbers who did thorough research on the bank before carrying out their flawless plan. But to risk their lives for a mere $270 thousand split four ways was unlikely, and something not even fit for the movie screen. The other theory would have been an inside job, where the bank employees and their crew knew the chance of being foiled in the act was low.

The FBI likely didn’t waste any time in pursuing the inside job theory, and narrowed down the suspects with relative ease. Charges were filed less than 2 months after the robbery in January of 2013, and the result a couple years later was 6 convictions, with the bank manager being sentenced to 105 months in federal prison. The sentence was handed down at the end of August in the United States District Court of Maryland in Greenbelt after the shamed banker was convicted of interfering with interstate commerce by robbery, and another count of conspiracy to do the same. The 5-day jury trial concluded back in May of this year. The five other defendants pled guilty, and all received lighter sentences. The security guard was sentenced to 41 months just last week after he cooperated with prosecutors, and the other four received sentences between 51 and 96 months. This was yet another example of receiving favorable treatment for turning state’s evidence, a message that the feds are never shy about.

Benjamin Herbst is a Maryland criminal defense lawyer who handles robbery, burglary and theft cases in state and federal court. Contact Benjamin for a free consultation about your case anytime at 410-207-2598.