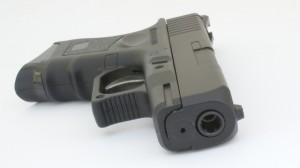 There was significant movement last week in highly publicized state measures to curb the circulation of unserialized firearms commonly known as ghost guns.  Both the House and Senate preliminarily approved legislation that would eventually ban the sale and ownership of the untraceable firearms in Maryland.  These untraceable guns have been a major point of contention for police and law makers alike, and have undoubtedly contributed to an increased number of gun crimes over the past couple of years.  The gun components are often made of polymer or other materials that are easy to fashion yet strong enough to withstand the explosion of a cartridge being fired, and are relatively cheap.  Basically, anyone with internet access and a Venmo account could order the components to make a working firearm in a matter of hours.  Therefore, it’s no surprise that a state like Maryland that already has some of the toughest gun laws in the country is making serious moves to eliminate untraceable firearms.

Ghost guns are generally defined as firearms that lack an identifiable serial number and are manufactured privately or in the home.  The parts are typically purchased in kits or created at home using 3D printers, thought the kits are more common these days.  Federal law does not prohibit private individuals from manufacturing their own firearms for personal use, but does place firm restrictions on the manufacture of firearms for sale or distribution.  Gun parts manufacturers that sell these kits are able to skirt federal restrictions by only selling parts that are considered unfinished.  The difference between a finished and unfinished gun receiver (the part that joins the firing components) is a fine line in which the manufacturers are fully versed.  They intentionally sell receivers that are less than 80% finished and require some basic machining, for which they provide the drill bits and instructions.  Obtaining ammunition is still a task that presents a challenge for those prohibited from possessing firearms, but ammo is cheap and small, and thus easy to purchase or obtain unofficially.

After a bit of back and forth over the last couple of months it seems the General Assembly has settled on a timeframe for implementing the ghost gun ban, and also prospective punishments for those who violate.  First, the prohibition will not become law until March 1, 2023 at the earliest.  Second, the punishments for violating the ghost gun laws have been slightly reduced to a maximum of two years in jail for possession and a maximum five years in jail for sale or distribution.  Both of these offenses would be misdemeanors, thought a defendant may still be charged with additional applicable felonies such as possession of a firearm by a convicted felon and possession of a firearm in a drug trafficking crime.  There may also be a provision in the law that requires the State to prove an element of knowledge.  In other words, it may be a defense if the person charged did not reasonably know the firearm was a ghost gun.  Under potential ghost gun laws, the State Police would be tasked with establishing databases for ghost guns and tracking serial numbers to make sure there are no duplicates.

The Blog will continue to follow this groundbreaking legislation, and will certainly post follow-up articles in the future.  It is almost a guarantee that at some point in the next year or so police will begin arresting individuals for possession of ghost guns, and when that happens the Firm will be ready to advise of the best possible defenses.  Benjamin Herbst is a Maryland gun lawyer who specializes in wear transport carry of a firearm and possession of a handgun, rifle or shotgun by a disqualified individual.  He has also successfully defended convicted felons in possession of firearms and those charged with firearm possession in a drug trafficking crime or crime of violence. Contact Benjamin anytime for a free consultation about your case at 410-207-2598.