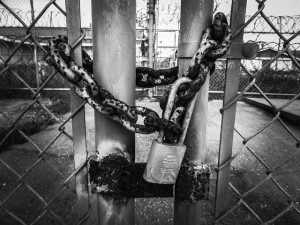 No jail or prison facility in the country should have a reputation. They should rarely appear in the news or be the topic of discussion. Rather, they should be like the best referees in football or the top umpires in baseball, who are seen but seldom heard from or remembered. The Baltimore City Detention Center it just the opposite, and has a terrible reputation as a dangerous and dirty facility that dates back almost 100 years. The facility survived calls for its closure in the 1930’s due to being outdated and unfit for living. There were riots at the jail in the 70’s, overcrowding which led to an unprecedented state takeover in the 90’s, and massive corruption over the last decade that led to 40 federal convictions of guards and inmates for drug distribution and racketeering from within the facility. And throughout these troubled times there were hundreds of complaints and lawsuits from inmates and the ACLU describing uninhabitable conditions. Yet the facility continued to remain open for business, and accepted defendants awaiting trial or sentenced to less than 18 months right up until last week when Governor Hogan decided to put an end to the disgrace that was the BCDC.

In a surprising and dramatic move, Hogan recently announced to reporters from a podium along Eager Street that he was closing the city jail immediately. The governor explained he would no longer allow the shamed facility to be a “black eye” upon the state, and scorned his predecessor for doing nothing to fix the longstanding problem. Some one thousand inmates will be moved to other jail facilities, which the governor described has having more than enough space. Defendants awaiting trial will likely stay at facilities within the city limits, while those already sentenced could be moved to nearby counties. Corrections officers and staff will be reassigned to other posts. Hogan definitively stated that the jail will not be rebuilt or refurbished, but will be torn down with no specific plan for the future of the site. The closure will save Maryland taxpayers roughly 10 to 15 million dollars per year, and effectively axe a half billion-dollar proposal from 2013 to rebuild a new jail at the same downtown location. More importantly it will put an end to an embarrassing run of corruption and maltreatment that became the standard at the jail.  As of today most of the inmates still remain at the BCDC, but as many as 50 have bee transferred out and all should be moved within the next couple of weeks.

The closure is welcome news for friends and family of the inmates, and for their defense attorneys who were constantly reminded of the horrendous living conditions. While the inmates clearly suffered the most, even visiting the jail was a frustrating and uncomfortable process. Governor Hogan knew this, and rather than meet, discuss, and stall with lawmakers he took immediate action and did what needed to be done. Some lawmakers expressed displeasure with Hogan’s failure to consider a ten-year plan to revamp the facility that was recommended by a legislative commission. Not surprisingly it was the democratic lawmakers who voiced the public displeasure. These detractors politicized something that has absolutely nothing to do with politics, and their issue was likely the fact a leader from a different party overruled them. The city detention center was an absolute disgrace on all levels, and shuttering its doors for good was action that should have been taken years ago.

Benjamin Herbst is a criminal defense attorney who handles cases ranging from DUI to armed robbery.  He represents clients in all Maryland state and federal jurisdictions, and is available 7 days a week for a free consultation.