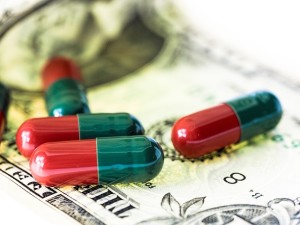 Maryland law enforcement’s war on heroin has reached new levels, as one county recently conducted highly questionable road checkpoints targeting the dangerous drug. The checkpoints were set up this past week on various thoroughfares in Harford County including Route 1, Route 24 and Route 40, which police classify as high volume drug trafficking routes. The trafficking designation is more a result of these roads being the major thoroughfares in and out of town and for the high volume of motorists they carry, but police seem to enjoy their labels and designations in order to stir up support for their operations. The checkpoints this past week produced ten arrests, with four of those being drug related. The arrests yielded marijuana, prescription pills, drug paraphernalia, a switchblade knife, and $7,000 in cash. The questions being asked in the wake of these unorthodox checkpoints are many, and include whether the efforts of law enforcement were worth it and whether their tactics were even legal.

The Harford County Sheriff’s Office ran point on the checkpoint with the help of numerous other agencies such as the Bel Air, Aberdeen, and State Police departments. The transportation authority police, who always jumps at a chance to get involved in highway related drug trafficking busts also helped out. Cleary there were abundant law enforcement efforts devoted to the checkpoints, which means thousands of tax payer dollars and manpower resources that were unavailable for other tasks. In addition a couple thousand motorists were subjected to police intrusion as they moved innocently about. It’s safe to say that these checkpoints were not even close to being worth four drug arrests, some cash and a switchblade. DUI checkpoints are notoriously ineffective at achieving their goal and this makeshift heroin checkpoint seems even worse. The amount of police manpower it takes to run a checkpoint never adds up to actual arrest numbers, and the prevention factor is all hypothetical. The dozens of officers working these checkpoints would undoubtedly have made more arrests if they were simply working standard road patrol shifts. Not to mention avoiding the in your face police state law enforcement tactics that should only be used in extreme circumstances. 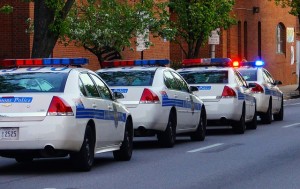 The question of the drug checkpoint’s legality is slightly more complicated, and despite gaining the State’s Attorney’s approval the checkpoints may have been unconstitutional. This means that the 10 arrests might not produce any convictions for prosecutors. Drug focused checkpoints have been declared unconstitutional in the past, and DUI checkpoints have numerous requirements that need to be met in order to be deemed legal. Cops in this particular operation tried to distinguish their actions from DUI checkpoints and argued that no motorists were actually randomly stopped. But judges, and especially federal judges, frown upon police activity that tries to outsmart the constitution and the case precedent that interprets it. The makeshift checkpoints may not have mirrored the intrusions of standard DUI checkpoints, but this doesn’t mean that police can avoid checkpoint requirements for legality. One Harford sheriff said the operation was nothing like a DUI checkpoint, which is a naïve and juvenile statement considering the first thought in everyone’s mind was to compare this week’s operations to DUI checkpoints. The Blog may post a follow up article if we see more of these controversial drug checkpoints pop up around the state.

Benjamin Herbst is a drug crimes lawyer who handles cases in Harford County and in all other state and federal courts in Maryland.  Benjamin handles heroin possession and distribution, as well as drug trafficking crimes involving marijuana, cocaine, and prescription pills.  Contact Benjamin anytime for a free consultation about your case.