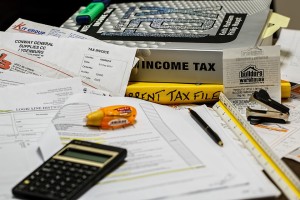 This past week a former juvenile justice worker from Bowie pled guilty to three felony offenses in connection with a $42 million scheme to defraud the government. The scam involved the theft of personal identification information that was used to file fraudulent tax returns for profit. The leader of the ring, a former barber shop owner from Capital Heights Maryland, pled guilty back in 2013, and the United States Attorney’s Office is still in the process of prosecuting an estimated 130 participants. Those involved with this enormous scam filed over 12,000 fake federal tax refunds that generated tens of millions of dollars of illegal plunder. The Bowie man who pled guilty on Tuesday was accused of stealing the personal identifying information of over 600 young adults. The man obtained this information through his employment with the Washington D.C. Department of Youth Rehabilitation Service, where he worked from 2005 to 2013.

Federal prosecutors filed charging documents a few months ago, and it didn’t take long before a plea agreement was reached. The former employee entered guilty pleas for defrauding the government in count 1, filing a fictitious or false claim in count 2, and identity fraud in count 3. In addition he admitted to attempting to cause the government to lose upwards of $4.4 million, of which about $2.4 was actually paid out. Sentencing is set for this spring, where the defendant faces a maximum of 30 years in prison if all counts are run consecutive. Identity fraud is the most serious of the three charges, carrying a maximum penalty of 15 years. Based on the fact that the former D.C. employee entered a plea with the government he will likely be sentenced to much less than the maximum, and he will pay an agreed upon restitution value of about $2 million. But the federal judge will have the ultimate say at sentencing, and there is no doubt that the court will pay specific attention to the fact that the defendant stole personal information from the young people he was hired to help. While the IRS may not be the most sympathetic victim, the juveniles and young adults that were targeted by the defendant face the possibility of financial harm that could be extremely difficult to overcome.

This case should be a cause of concern for all government agencies that have personal identifying information readily available to employees. This is especially true with respect to agencies that deal with the criminal justice system. Almost every police report or booking report has a defendant’s social security number in addition to other personal identification information easily visible. While this information is redacted in the public record, the inter agency files rarely take such measures. These government agencies must be vigilant when it comes to monitoring their records and their employees.

The Blog will continue to follow this case and others related to this massive fraud ring. We will post a follow up article in the future and possibly update in April if this defendant receives an unexpected sentence. Benjamin Herbst is a financial crimes defense attorney who handles fraud and theft cases in state and federal court. Contact Benjamin anytime at 410-207-2598 for a free consultation.