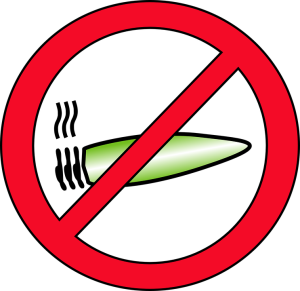 The twists and turns of marijuana legislation over the last couple years have made a tough go of understanding just where Maryland stands on pot policy. It’s safe to say that Annapolis has had a hard time passing marijuana laws that were successful the first time around. A few years ago patients and decriminalization advocates initially celebrated the passage of medical marijuana, but later experienced a huge let down when it was discovered the program had absolutely no chance of being implemented. Two years after that a medical program with actual teeth was established that unfortunately is still months away from implementation. Decriminalization of possession of less than 10 grams of pot was also celebrated, but some of the celebrations were muted after police began issuing criminal citations for possession of pot paraphernalia. The legislature failed to address the paraphernalia issue two years ago, and when they did last year the governor vetoed the law for not addressing smoking in public or while driving. This year the legislature overrode the governor’s veto and corrected the paraphernalia mistake, but the governor and numerous lawmakers still voiced displeasure that it is not a crime to smoke in public or in the car. As a result, Annapolis lawmakers are currently in the process of correcting another neglected component of marijuana policy.

This week the House passed legislation that would criminalize smoking marijuana in public and in a car on any state road. Public places have a broad definition under Maryland law, and include parks, restaurants, shopping centers, common areas of buildings such as stairwells, and even hotels. The ban also includes the common areas of apartment buildings that have more than four units, regardless of whether residents and guests are the only ones allowed on the grounds. House Bill 777, which will now moves to the Senate for approval, prohibits smoking marijuana in any of these public places. The bill originally prohibited any type of pot consumption, but this line was edited out and now all that is prohibited is smoking. One explanation for this edit may be the anticipation of edible medical marijuana that patients could discretely consume in public, but we will see if the Senate has other ideas about this specific line. A violation of this statute could trigger a criminal citation with a maximum punishment of a $500 fine, meaning that it does not carry the possibility of jail time. On the other hand, a violation could result in a permanent criminal conviction, and could trigger a probation violation or even a parole violation.

The bill also includes specific procedures for the expungement process of a criminal marijuana consumption statute. Unlike most criminal charges, a defendant who is convicted of this citation will still have to opportunity shield or even expunge a conviction for public consumption. Other offenses that fall under the new shielding statute include trespass, disorderly conduct, destruction of property, possession of a controlled substance and prostitution. Other offenses that can be expunged even after a conviction include drinking alcohol in a public place, loitering and riding a transit vehicle without paying a fare. A defendant must meet certain conditions including time limits before applying to expunge these convictions.

The Blog will continue to follow this important piece of legislation as it goes to the Senate and beyond. This bill will likely become law in the fall, as the governor wants it, and it will bring marijuana consumption laws more on par with alcohol laws. There is still an illogical glaring gap between alcohol and pot policy, but thankfully it’s beginning to gradually close. Benjamin Herbst is a drug crime lawyer who handles all types of cases including possession with intent to distribute, disorderly conduct and probation violations. Contact Benjamin anytime for a free consultation about your case.