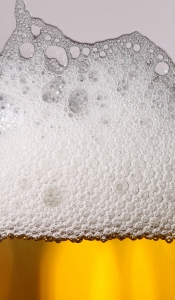 It is no longer surprising to see an American politician wind up in the news with some sort of personal legal issue. It’s is an unfortunate sign of the times, but our country’s so called leaders seem to only make the news when they are in trouble. Most politicians outside of the heavy hitters remain relatively anonymous until the day their mug shot is plastered on our television or computer screens. Everyone knows Obama and O’Malley, but how many citizens actually know who their state and local representatives are? In the last few months, two Maryland politicians have become better known thanks to run ins with the law. Both of these incidents involve alcohol, as both were charged and subsequently convicted of DUI.

The first conviction occurred a few weeks ago, when Baltimore County councilman, Todd Huff pled guilty to drunk driving. The councilman was stopped by police on York Road in Towson while driving his county issued vehicle. It was later determined that he had a blood alcohol level of .20, which is more than twice the legal limit. Because of Huff’s political position, the Baltimore County State’s Attorney’s office declined to prosecute the case, and Harford County prosecutors stepped in to finish the job. The prosecutor recommended a jail sentence, but the circuit court judge did not feel mandatory jail was warranted. Instead, the judge sentenced Huff to two years of supervised probation and a one-year suspended jail sentence. If the councilman were to violate his probation he could be sentenced to the suspended jail time after a VOP hearing. The sentence appears to be on par with other Baltimore drunk driving cases with similar facts. Had the councilman been arrested in the prosecutor’s Harford County he undoubtedly would have been worse off.

The more recent case of a politician being convicted of DUI occurred just last week when state delegate Don Dwyer was sentenced to 30 days in jail after he caused a boating accident last summer, which resulted in children being seriously injured. The delegate, who received multiple citations including reckless operation of a vessel, allegedly drank 8 beers prior to driving his boat into another boat on the Magothy River in Anne Arundel County. The delegate appeared in Annapolis District Court on May 14th to learn of his jail sentence, which was not well received by him and his defense lawyer. An appeal in the case has already been filed, but the circuit court has yet to set a court date. Dwyer and his lawyer will reportedly allege that the judge held the delegate to a higher standard than the average citizen facing a drunk driving charge. The mother of the victims testified that Dwyer should be held to a higher standard, but the judge did not definitively agree with this opinion. If the judge had made this comment on the record there is no doubt that the circuit court could find grounds to vacate the sentence. Holding each defendant equal under the law is one of a judge’s most important responsibilities. That being said the 30-day jail sentence is not surprising based on the facts of the case, as a DUI involving multiple injuries is sure to stir the blood of any judge or jury. The Blog will continue to monitor the status of the delegate’s appeal and will make a future post on the matter.

Benjamin Herbst is a DUI defense lawyer practicing in all jurisdictions of Maryland. Contact Benjamin anytime for a free consultation about your case.