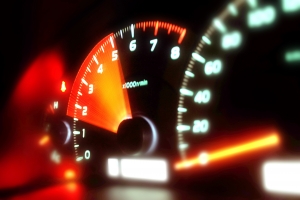 A Delaware resident was recently arrested on Maryland’s Eastern Shore after he allegedly led police on a multi county high speed chase. State Police troopers along with the Kent County Sheriffs Department collaborated in apprehending the suspect, who was charged with multiple traffic infractions and crimes. Some of the more serious crimes included fleeing and eluding, DUI, and negligent driving. The chase originated near Chestertown, which is the county seat, and largest city in Kent County. At about 2 in the afternoon, law enforcement received a call about a suspected drunk driver. Sheriffs responded to the area of the call, and one officer observed a Dodge Charger that matched the description in the call speeding along Route 213. The Officer initiated a traffic stop and made contact with the driver of the Charger. The contact with the Officer did not last long, as the driver took off at a high rate of speed.

The stopping officer immediately called for backup and gave chase after the suspect. In a desperate attempt to avoid law enforcement, the suspect turned onto U.S. 301 and allegedly accelerated to speeds near 150 miles per hour. Despite the exceptionally high rate of speed, law enforcement officers did not abandon their pursuit and a cross county chase continued into Queen Anne’s County. The suspect apparently lost the cops at one point, but later came to a stop near route 300 where he was arrested. At the time of the initial report, it does not appear that anyone was injured in the chase or that there was any sort of car accident. The suspect allegedly decided on his own volition to give up trying to flee from police.

The situation was further complicated by the fact that the suspect was apparently a person of interest in a Delaware rape case. Although there was no arrest warrant for the suspect for the rape case, police are surmising that the suspect initially fled Maryland cops because he did not want to be arrested and questioned on the rape case. Nonetheless this Eastern Shore high speed chase will likely spark renewed debate on whether our police officers should engage in high speed chases. Maryland currently does not have a statewide law that endorses or prohibits police officers from pursuing a suspect at high speed. The question of to chase or not to chase is left up to the local governments or the police department’s standard operating procedures. Luckily in this incident there were no injuries, but do we really want our police officers chasing a DUI suspect at 150 miles per hour in the middle of the afternoon? There have been numerous high speed chases throughout the country and in Maryland that have ended up costing lives, including innocent bystanders, and the benefits sometimes seemed to be outweighed by the immense danger. Just a few months ago, a young police officer was killed during a high speed chase in Prince George’s County. There have been proposed laws about high speed chases but there does not seem to be a strong movement to outlaw them. For now, we just have to hope that our police officers make the right judgment when faced with a suspect on the run.

Benjamin Herbst is a Maryland DUI lawyer who handles all types of traffic crimes throughout the state. Contact Benjamin at The Herbst Firm for a free consultation.