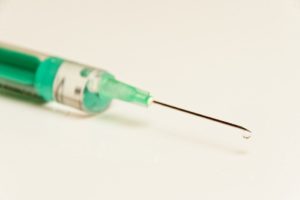 This past November Worcester County Police responded to a residence in Berlin to assist EMS with an apparent drug overdose. Medical professionals were unable to revive the 50 year-old man, but for the police officers their work was just beginning. Within hours officers were able to locate a suspect who had supplied the lethal heroin to the deceased, and fully blown investigation ensued. Officers first discovered the suspect after searching the recent call list of the deceased’s cell phone, and actually had a conversation with he suspect that same night. According to police records a 26 year-old man from Berlin first admitted to driving the deceased to Delaware to purchase the heroin, but further investigation revealed that the young Eastern Shore man actually delivered the drugs to the home of the deceased, and witnessed him overdose. This information was uncovered though an executed search warrant of the suspect’s phone that revealed text message conversations with the deceased, and the suspect was arrested shortly thereafter on charges of narcotics distribution and possession not marijuana.

While distribution of narcotics is a serious felony with a 20-year maximum jail sentence, prosecutors were not satisfied that this charge fully accounted for the defendant’s conduct.   The State’s Attorney sought additional charges of manslaughter and reckless endangerment to incorporate criminal responsibility for the defendant in the death of the 50 year-old man. A grand jury agreed and returned an indictment for these two counts plus the original two drug counts. No plea agreement was reached, and the defendant gave up his right to a jury trial in favor of bench trial the Snow Hill Circuit Court. It didn’t take long for the judge to find the defendant guilty on all counts, and now he awaits sentencing in July. In addition to the 20-year max for distribution, the defendant also faces a 10-year sentence for manslaughter, 5 years for reckless endangerment and 4 years for possession. The defendant has multiple prior convictions for assault, which the judge will surely take into account at the sentencing hearing.

Charging an alleged drug dealer for manslaughter when a buyer overdoses is not a new concept nationwide or in Maryland, but that is not to say it is a common practice.   Some states have specific statutes that enhance drug crimes when a buyer is injured or dies, but it is still rare to see a manslaughter conviction in a drug case. In this case though, police and prosecutors had ample evidence (most provided by the defendant himself) that the defendant directly supplied the heroin to the deceased and that he remained with the deceased while he took the deadly dose. To sustain a conviction for manslaughter in Maryland the state must prove the defendant committed an unlawful act that killed someone during the course of that act. The cell phone evidence gathered by police combined with the statements all but sealed the defendant’s fate.

Benjamin Herbst is a Worcester County criminal defense attorney who handles cases from Ocean City and all other Eastern Shore locations.  Benjamin specializes in drug crimes and felony offenses such as manslaughter, and is available for a free consultation anytime.