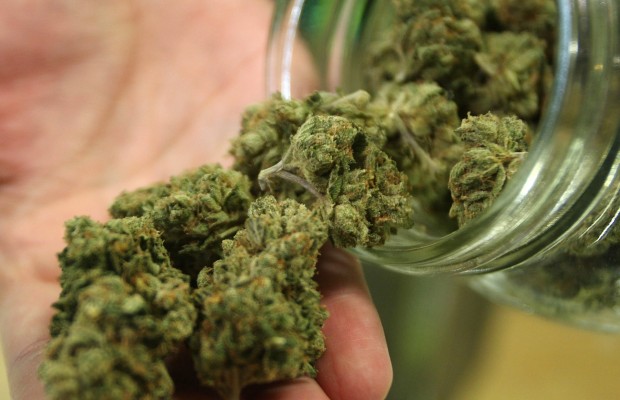 It has been a relatively quiet week in the Maryland Legislature, but there were a few headlines coming out of Annapolis. On the marijuana front, a decriminalization bill co-sponsored by Senators Zirkin and Kittleman passed the Judicial Proceedings Committee by a vote of 8-3. Senate Bill 364 is now headed to the Senate floor for a full vote, though the real fate of the bill will likely come down to whether the House has changed its tune since rejecting a similar proposal last year. Bill 364 only decriminalizes possession of less than 10 grams of marijuana, which is currently a misdemeanor punishable by a maximum jail sentence of 90 days and a $500 fine. The proposal would transform possession of less than ten grams from a criminal case to a civil case, and the maximum punishment would be a fine of $100. A person who receives a pot citation would be able to pay the fine to close out the case, or could elect a trial. The trial process would be similar to a traffic ticket, where the district court would set a trial date and subpoena the issuing officer. Failure to show up for an elected trial date would constitute a misdemeanor under the new bill. There are no specific provisions that address increased penalties for repeat offenders, and presumably a person could keep racking up citations and the maximum penalty would never change.

The two senators who proposed this year’s version of the decriminalization bill have been outspoken on Maryland’s marijuana policies for some time. Senator Zirkin, who is a practicing attorney, has repeatedly criticized the state for spending millions and tying up police officers and the court system in order to prosecute simple pot possession cases. Zirkin recently pointed out that state district courts are packed with police officers that are subpoenaed for possession cases. Many of these officers are receiving overtime pay, and none are out protecting their communities while being tied up in court. But the senator fails to mention that converting possession less than 10 grams to a civil citation will still require police officers to be present in the district court for trial. There is really no way around this. A law that does not allow for a process to challenge a citation would violate due process and the confrontation clause, and certainly be declared unconstitutional. In addition to officers having to show up for the cases where a trial is elected, the state would also have to pay for lab reports for each of the marijuana samples that are collected by the cops. Without a lab report there is no way to prove whether the “greenish brown leafy matter” is pot or oregano.

If the Bill 364 passes we are left with a system that requires the state to still foot the bill for the judicial system, police, and lab testing. All for an offense that carries a maximum $100 fine. If our lawmakers really care about the economics of marijuana they should legalize, tax, and regulate. If they don’t think pot possession should be a criminal offense, which could carry permanent consequences, then once again they should legalize, regulate, and tax. Decriminalization will still tie up resources, and keep the market open for street dealers. While the idea seems like a step in the right direction, this legislation falls short of providing concrete benefits to our state.

Benjamin Herbst is a marijuana possession attorney who handles all types of drug and other criminal offenses. Contact Benjamin at anytime for a free consultation.