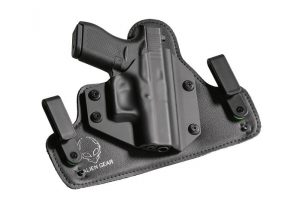 In an opinion that was hardly a surprise, the Supreme Court recently struck down a New York law that required citizens to prove a good reason why they should be able to carry a firearm outside of the home.  This case was of particular interest here due to the fact that the Maryland concealed carry permit law is almost indistinguishable to the New York law.  The Maryland State Police has long since required citizens to provide a good and substantial reason why they should be granted a concealed carry permit (officially known as a Handgun Wear and Carry Permit).  This clause is located in the Public Safety Code of the Maryland statutes under Title 5, which governs firearms.  Section 5-306 requires proof of a good and substantial reason to protect against apprehended danger, and typically only been satisfied by those whose occupations place them in reasonable fear for their life when outside of their home.  Certain business owners who carried large amounts of cash, or who operated in high crime areas had been some of the few who qualified for this permit.  The MSP has taken the official stance that they want all qualified individuals to be licensed to carry, but the good and substantial reason requirement still left many out in the cold when it came to permits.

Over the last month the tide has drastically shifted, as soon after the Supreme Court opinion was released the Maryland Governor and the Attorney General directed the State Police to immediately suspend the good and substantial reason requirement.  Currently applicants must only state their reason for the permit is for personal protection, and are not required to provide any sort of documentation to this effect.  The Supreme Court decision and subsequent change to the permit application has not gone unnoticed, and it seems that prospective applicants have been waiting on this news for some time.  From mid-June to mid-July of 2021 the MSP received roughly 1,000 Handgun Wear and Carry Permit applications.  During that same timeframe this year there have been over 7,000.   This number will likely continue to rise dramatically over the rest of the year, with one of the only holdups being the availability of licensed instructors.  Almost all civilian applicants are still required to possess and HQL and complete 16 hours of firearm training.  Instructors are booked solid, and handguns are in short supply at Maryland gun shops.  Still, the supply will eventually catch up and applications will continue to soar this year before eventually leveling off.

While the good and substantial reason requirement has been eliminated, applicants still face strict background checks.  Anyone with a prior criminal conviction or even a protective order faces the possibility of being denied.  Maryland law prohibits anyone who has been convicted of a crime that carries more than 1 year in jail from obtaining a concealed carry permit.  It does not matter if the applicant never actually served a day in jail, as the maximum penalty is the only relevant factor.  Dozens of non-violent misdemeanors carry more than 1 year in jail in Maryland.  An applicant with no prior criminal record could still be denied a permit if he or she has exhibited a propensity for violence or instability that may reasonably render the person’s possession of a handgun a danger.  This is where protective order or peace order findings could come into play and result in a denial of a conceal carry permit.

If you have a question about a handgun permit or have been charged with a crime, contact Maryland gun lawyer Benjamin Herbst anytime for a free consultation.  Benjamin has successfully represented hundreds of defendants in gun charges such as unlawful wear, transport and carry of a firearm, possession of a firearm by a minor and felon in possession.  He has extensive experience representing out-of-state offenders from Virginia, North Carolina, Georgia and other states with more relaxed gun laws.  Benjamin also specializes in recalling arrest warrants and bench warrants, and representing individuals facing probation violations and VOP warrants. If you have a state or federal case in Maryland or in Florida contact Benjamin at 410-207-2598.