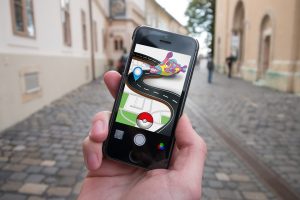 A little over one month after its release the Pokémon Go craze is still in full effect across America. The interactive smartphone game app recently surpassed 100 million downloads since early July, and now the average smartphone user spends more time playing the game per day than they do browsing Facebook, Twitter and Instagram. The app generates over $10 million per day in revenue for Apple, Google the developers, and has been praised for motivating players to take to the streets and be active. The app has also generated its fair share of criticism though for distracting drivers hunting for Pokémon while in the car, and causing pedestrians to be so engaged in the game that they disregard their surroundings and injure themselves. In addition, the game has encouraged computer hackers to develop fake versions containing viruses and malware that can affect Android phones. But perhaps the most concerning consequence of the game’s popularity is that it has turned users into potential victims of theft and robbery.

Last week the University of Maryland Police arrested a young man suspected of robbing three college students within an hour while they were playing Pokémon Go on campus. The man allegedly used a feature in the game that locates other players using the phone’s GPS. Police released video surveillance of the suspected robber and he was apprehended about two weeks later. The suspect’s home was searched after his arrest and detectives confiscated evidence, which supported charges including four counts of armed robbery and other counts of theft and first and second-degree assault. The 22 year-old defendant is scheduled for a preliminary hearing later this month at the Prince George’s County District Court in Upper Marlboro, and his defense will be tougher given the fact that he is not a first time offender; he was convicted of theft in Allegany County a little over three years ago. Although none of the victims were injured and it does not appear that a firearm was used in the alleged robberies, the Pokémon robber still faces a battle to avoid a lengthy prison sentence.

While these Pokémon robberies in College Park appear to be isolated incidents carried out by one individual, they are not the first and probably won’t be the last around the country. Four men were recently arrested in Missouri for robbing Pokémon Go players at gunpoint, and other similar thefts have been reported in Texas and California. Although the game has created a criminal opportunity for thieves and robbers, smartphones in general have long created opportunity for robbers who tend to pray on those who seem too engulfed in their phone to be aware of their surroundings. The message from law enforcement is not to stop playing the game, but rather to look around and be aware, especially while walking around at night. The Blog will continue to follow this Prince George’s County case, and other crimes involving Pokémon Go. We may post a follow up article in the future so stay tuned.

Benjamin Herbst is a criminal defense lawyer who handles robbery and armed robbery cases in all Maryland courts. He also defends those who have been charged with theft and assault. Contact Benjamin for a free consultation about your case anytime at 410-207-2598.