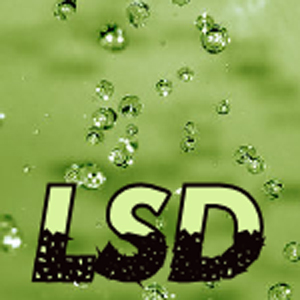 Law enforcement has reported that six Pennsylvania residents were recently arrested for various drug crimes in Ocean City. To call the out of state residents tourists may be a bit generous, because it seems from the police reports that the six young men and women may have been on the Eastern Shore for business purposes, as in selling the products they were arrested with. The arrest began as most drug arrests do, with a traffic stop for a seemingly harmless infraction. Upon approaching the car, the Ocean City Police officers allegedly observed the occupants acting nervous and suspicious. Thereupon, the cops ordered the occupants out of the vehicle and conducted a search. It is unclear whether the officers obtained permission to search, whether they lied about obtaining permission to search, or whether their observations gave them probable cause to detain and search. What is clear is that the driver and five passengers were all arrested for possession of marijuana and possession of LSD. Three of the occupants were charged with felony possession with intent to deliver, and one was charged with possession of a concealed dangerous weapon, a butterfly knife found on her person. The driver was also issued traffic citations including failure to wear a seatbelt, which undoubtedly was the initial cause of the traffic citation. Four of the occupants were released at the police station, and the other two were taken the Worcester County jail and released after posting a $2,500 bail.

Police recovered a total of 100 doses of LSD, a quarter pound of marijuana, and upwards of $2,000 in cash. In addition police officers seized the car as contraband. The occupants, who range from 18 to 32 years old are all facing maximum jail sentencing ranging from 1 year for the possession of marijuana charges to 20 years for possession with intent to deliver LSD charges. Worcester County is traditionally one of the tougher Maryland counties when it comes to drug crimes, and while first time offenders for simple possession cases may be offered a diversion program, defendants charged with felony possession with intent cases face a tough road ahead. Cases such as this have become commonplace in Ocean City over the last decade. During the summer tourist months, cops look for any excuse to pull over a car full of kids, with seatbelt violations and speeding being the most common. After initiating the traffic stop curious cops will often go through great lengths to search the vehicle and the occupants. Many times these cops bend and even break the constitutional unlawful seizure rules in order to conduct these searches. We have seen dozens of cases where police detain vehicles for an unlawful amount of time in order to conduct a K9 sniff, and we have also heard numerous stories about police lying about receiving consent to search. It is one thing to know and understand your rights, but it is another thing to stand up to law enforcement during the stress of a police encounter. It is unfortunate that many police officers, especially those who are simply working part time as summer cops, abuse their powers but this is just the reality of what a gun and a badge does to a person.

If you have been arrested or charged and you feel your rights have been violated contact drug crimes lawyer Benjamin Herbst for a free consultation. The Herbst Firm handles cases involving out of state defendants, and we are willing to travel to meet with you.