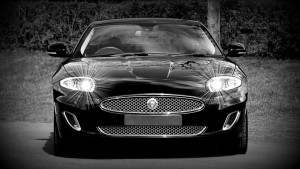 Four Baltimore teenagers and a 12-year-old were recently arrested in Ocean City for an armed carjacking that resulted in the victim being taken to the hospital.  In addition to being charged with multiple felonies including carjacking, armed robbery and motor vehicle theft, the 19-year-old defendant was also charged with 13 traffic infractions including attempting to elude a uniformed officer by fleeing on foot and reckless driving.  The criminal and traffic infractions were scheduled for preliminary hearing today in the Ocean City District Court, but the hearing was waived.  The State will now decide which charges to file in the Circuit Court for Worcester County in Snow Hill.  According to reports, police responded to the scene of the robbery where a 73-year-old victim advised he had been approached by three young men in Downtown Ocean City.  One of the men brandished a handgun and pointed it at the victim while demanding items.  The male with the handgun then hit the victim in the back of the head with the gun and drove off with the vehicle.

Officers in the area spotted the stolen vehicle at a convenience store a few blocks away and attempted to initiate a traffic stop, but the driver took off.  Two other stolen vehicles fled the scene as well, and all were tracked by law enforcement.  One of the stolen vehicles attempted to flee town using the Route 50 bridge, but police were able to disable the vehicle using stop sticks in West Ocean City.  This 19-year-old suspect then attempted to run from police but was apprehended by Worcester County Sheriff’s Deputies before being handed back over to the OCPD.  The carjacked vehicle was located a short time later in Wicomico County, and its 15-year-old driver was arrested and charged as a juvenile.  The third stolen vehicle made it the furthest before crashing in Dorchester County and then catching fire.  Three juvenile defendants were arrested after attempting to flee on foot.  One of the juvenile defendants in the third vehicle was in possession of a stolen handgun.  This defendant was 17 and charged as an adult in Dorchester County with similar charges as the 19-year-old defendant, but with additional charges for possession of a firearm by a minor, possession of ammunition and possession of a stolen firearm.  The juvenile court does not have original jurisdiction over violent crimes and gun offense when the defendant is 16 or 17.  Rather, these cases will be sent directly to adult court and would only be transferred back to juvenile court if a judge grants what is known as a reverse waiver.  The two youngest defendants, ages 12 and 14, were charged and released to their parents by police.  Further investigation revealed that numerous vehicles had been broken into that evening in Downtown Ocean City, and a handgun was stolen out of one of them.

The Blog will continue to follow the adult defendant’s case, and may post a follow up article when there is a resolution in the Circuit Court.  All juvenile cases are sealed from public view, so we will not be able to follow up on the three youngest defendants.  Although the 17-year-old defendant was charged as an adult, his case is also shielded from public view due to the fact that he is a juvenile.  Shielding adult cases is a new policy in Maryland, which assures that the privacy of juvenile defendants is protected.  This is especially important due to the high percentage of cases that are waived back down to juvenile court, where a defendant or respondent receives the benefit of privacy from the beginning.  If you or a loved one has been charged with a crime, contact Maryland juvenile criminal defense lawyer Benjamin Herbst anytime for a free consultation.  Benjamin has successfully defended dozens of juveniles charged with some of the most serious offenses including carjacking, armed robbery, motor vehicle theft, and firearm possession.  He specializes in gun crimes in Maryland Eastern Shore locations such as Worcester County, Wicomico County and Dorchester County, and also handles drug and DUI charges in Ocean City.  Call Benjamin anytime at 410-207-2598 for a free consultation about your case.