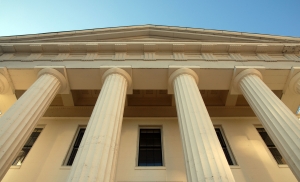 Those who have read most of our posts understand the blog’s position on the state marijuana laws. The medical use laws in Maryland do little to protect those who have an actual need for the drug because the users are not protected from being arrested or cited. On top of this, the statutory affirmative defense is always at the mercy of the presiding judge’s discretion, and there are simply too few judges that actually understand the medical benefits of marijuana. Call it ignorance or a generational gap, but whatever the reason the affirmative defense is rarely granted and offers little practical protection.

Decriminalization for simple possession would be a step in the right direction, but would only be a temporary fix that would fail to establish a firm stance on the drug’s place in society. Complete legalization for personal use, along with a structure for taxing and regulating the sale and use of marijuana would raise revenue for the state. At the same time, legalization would ease the burden on law enforcement and the judicial system. But it appears that legalization in Maryland is a long shot, and the latest House proposed bill is unlikely to make it out of committee. The state senate has yet to even propose a legalization bill. So what is the holdup? Why won’t any of these bills come across the governor’s desk, and if they do, why won’t he sign them? The balance of this post will outline the main arguments that seem to be standing in the way of progressive pot legislation.

The federal government has not legalized or decriminalized marijuana for personal use or medical use, and there are no signs of these changes being in the works. Colorado and Washington were in the same position, but Maryland is in an entirely different boat. Annapolis is 30 miles from Washington D.C., and our governor has national political aspirations. As long as the Justice Department is against legalization, so too will our state. But this is far from a logical, reasoned argument. Many state politicians will throw it out there as justification for their position, but it does not speak to the merits of an anti legalization stance.

Arguments on the merits for pot to remain illegal include the age-old argument that it is a gateway drug that eventually leads to experimentation with harder drugs such as cocaine and heroin. This point of view has never been tested in any scientific arena, and to the contrary, regular marijuana users often do not even use alcohol daily, much less stronger drugs. Others argue that the more people die from legal drugs such as alcohol, tobacco, and prescription drugs than all other illegal drugs combined. Therefore, there is no need to legalize another potentially dangerous drug. This argument is baseless and nonsensical. Alcohol and tobacco undisputedly cause various deadly diseases from cancer and heart disease to liver failure, while pot has never been proven to directly cause any deadly disease. Others argue that legalization would result in a greater number of impaired drivers, and Maryland does not currently have an accurate test for THC blood levels. This point of view does have merit, but a legalization law would eventually be accompanied by an established THC limit, and procedures for testing THC levels. The marijuana debate in Annapolis will continue for another few weeks, but we are likely to have these same discussions this time next year. As of now it does not look like any proposed laws will even cross the governor’s desk.

Benjamin Herbst is a criminal lawyer who specializes in drug crimes and DUI. Contact Mr. Herbst anytime for a free consultation about your Maryland state or federal case.