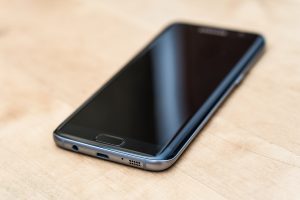 The recent arrest of two local police officers in separate felony offenses left a stain on Maryland law enforcement heading into the Thanksgiving weekend. These arrests have also served as a constant reminder that police are not above the law, at least when it comes to incidents that cannot be swept under the rug. While the cases are still in their infancy stage, both veteran officer’s careers are in jeopardy and one officer faces the possibility of a lengthy prison sentence. The arrests generated considerable news coverage despite the fact that the officers worked for departments outside of the Baltimore DC metropolitan area, and the coverage will likely continue until the cases are resolved. The crimes are serious but unfortunately not uncommon, so it’s the scandal factor with a police officer as a defendant that keeps the public’s interest.

Of the two arrests, without a doubt the most serious case involves a deputy from the Charles County Sheriff’s Office. This deputy was charged in federal court via criminal complaint with possession of child pornography, which carries a maximum punishment of 10 years in prison. The U.S. Attorney’s Office announced the complaint along with agents from Immigration and Customs Enforcement (ICE), and Homeland Security Investigations (HSI). An investigator from the Charles County Sheriff was also credited with solving the case that began after a private cloud security company tipped off federal officials to the presence of child porn downloads on a cell phone tied to a Maryland phone number. The deputy, who has been suspended without pay, was released pending trial at his initial appearance at the federal courthouse in Greenbelt. He will not be allowed to use the internet or have unsupervised contact with minors during the course of his pre-trial release.

The second arrest involved a member of the Wicomico County Sheriff’s office, who has been charged with felony theft $10,000 to $100,000. The 53 year-old sergeant was suspended with pay as soon as his office found out about the theft, which was alleged to have occured at the local Fraternal Order of Police lodge from October of 2014 to this October. After the sergeant was arrested on November 18th he was immediately suspended without pay pending the outcome of the case. A prosecutor from the Baltimore County State’s Attorney’s Office has been specially assigned to prosecute the case, which will take place in the circuit court in Salisbury. There are no dates currently set for the case but the Blog will follow along and may post an article in the future if necessary. Theft $10,000 to $100,000 carries a maximum punishment of 15 years in prison. The sergeant likely does not have any type of criminal record, which may be enough to keep him out of jail. But should he be found guilty the sentencing judge will not take lightly the fact that the officer was in a position of trust at the FOP and egregiously violated that trust. Another factor that may contribute to a harsher sentence is the allegation of a course of illegal conduct that spanned two years. In other words, this was not an impulsive act but a continuous decision to break the law. These facts are akin to an employee theft case, and are generally treated more harshly than other theft cases.

Benjamin Herbst is a Maryland theft attorney who handles all charges from shoplifting to fraud. He also represents defendants charged with sex crimes such as 4th degree sexual offense. Contact Benjamin for a free consultation anytime about your case at 410-207-2598.