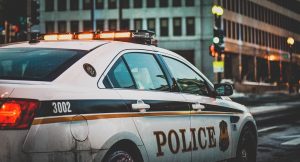 As a parent there are few things worse than finding out that your child has been arrested and charged with a crime.  The initial disbelief is soon replaced by concern, fear and anger, and the worst part is not being able to do anything about it right away.  The emotions are compounded when a parent is going through this for the first time, as it’s easy to assume the worst and impossible to know what to expect.  The important thing for all parents to remember is that the juvenile criminal court system in Maryland is not designed to punish individuals like the adult court system.  For most juvenile cases punishment is secondary to providing the child with guidance and counseling to make sure he or she does not become a repeat offender. It may be a tough road ahead, but most juvenile defendants do not end up with any type of criminal record that could interfere with college applications or future employment as long as their case is handled properly.  That being said, the process will be much easier and the rate of success much higher if the parents and the child are informed each step of the way.

Most juveniles that are arrested are charged by citation and released to the custody of their parents. After the arrest the first step is for the child to appear before a juvenile services officer at an intake hearing. The intake hearing is an excellent opportunity for the child and family to avoid going to court, and should be treated seriously.  The intake officer has the ability to close the case and issue a warning or place the child on an informal period of probation that typically involves community service.  Each of these options will close the case without any type of official criminal court record being created, which is absolutely key to preserving the child’s future opportunities.  In some cases the State’s Attorney’s Office or the victim may object to the case being closed, and this will result in the case moving on to the circuit court.  The intake officer could also decide to forward the case to the circuit court.  If the case is forwarded to the circuit court it does not mean the child will be sent off to a program and it doesn’t mean the child will have a permanent criminal record.  To the contrary there is still a strong likelihood that the child will not be subjected to any drastic forms of punishment, and will be totally done with the court system within six months to a year.

When a case is forwarded to court the juvenile will receive notice to appear for an arraignment within a few weeks, though in some jurisdiction the arraignment is cancelled if an attorney files his or her appearance.  In the weeks between arraignment and trial or disposition the lawyers from both sides will discuss the case and attempt to come to a resolution. This is similar to adult court, but the time frames are much shorter.  Trial will usually be set within one month instead of three or four months.  Regardless of whether there is a plea or a trial, juveniles are not found guilty or not guilty, as the term guilty is replaced by delinquent.  If a child is found delinquent, he or she may still be able to have the case expunged and in some cases if a proper motion is filed may be able to have the finding overturned.  Both of these outcomes will assure that the child’s future is not negatively impacted by the case, which is the ultimate goal.

Unfortunately not all children that are arrested are charged as juveniles and released to their parents. Under Maryland law there are a number of offenses that the juvenile courts to not have jurisdiction over, and all of these offenses except those punishable by life in prison require the child to be 16 or older.  A 16 or 17 year- old child that is charged with a violent felony such as robbery, first degree assault or rape will be arrested and charged as an adult. Additionally many firearm offenses such as the use of a handgun during a drug crime or during a crime of violence will result in adult charges.  These children will be held in a segregated unit at adult jails until the defendant or an attorney requests a custody transfer.  There is a possibility that the court could send the case down to juvenile court upon the filing of a reverse waiver.  The court will consider numerous factors in a reverse waiver hearing such as the age of the child, the mental and physical condition of the child and of course public safety.  The reverse waiver may be the final time that a child can petition for the case to be handled in the juvenile system so it must be handled correctly.

The juvenile court system in Maryland is drastically different than adult court, and thankfully so. Court employees such as judges and probation officers want their juvenile defendants to succeed and will typically go out of their way to see this occurs as long as the child, the parents and the attorney put in the work as well.  For more information about juvenile cases in Maryland contact attorney Benjamin Herbst at 410-207-2598.  Benjamin specializes in juvenile criminal defense and represents clients at intake hearings and in court.