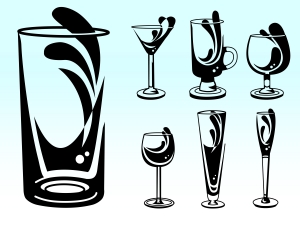 In Maryland, and throughout the county, drunk driving is one of the most publicized crimes in the entire justice system. Not only is drunk driving the most common crime in the country according to the bureau of justice statistics arrest data, but drunk driving also affects the widest range of people. Drink driving defendants come from all ages and backgrounds, with some being multiple convicted criminals and others being first time offenders. Drunk driving also affects a wide range of victims, including children. Each year, powerful and well funded lobby groups pour millions of dollars into establishing comprehensive drunk driving educational programs in our schools, and educational commercials on television and radio. These lobby groups also influence state and federal lawmakers to pursue and maintain strict drunk driving laws, and are many times successful in influencing these lawmakers. Recently some of this attention has Maryland drunk driving laws in the news as well.

Maryland drunk driving laws have recently been called into question for being too lenient relative to other states in the country. A closer look at the DUI laws in other states reveals that this criticism does not appear to be a reasonable one. Maryland currently has the 26th strictest drunk driving laws in the country according to Mothers Against Drunk Driving (MADD). While this statistic puts Maryland in the middle of the pack in terms of strictness, these numbers can be misleading. Although Maryland may not have as strict a drunk driving policy as Utah, which enforces a 2 day minimum mandatory jail sentence for a first DUI, by no means is Maryland a lenient state when it comes to drunk driving.

Despite ongoing pressure from MADD and other lobby groups, some states such as Wisconsin still do not even classify a first drunk driving conviction as a criminal offense, while other states do not employ mandatory driver license suspensions or fines. A first offense of drunk driving in Wisconsin is simply a traffic infraction, and may not result in any jail time. New Hampshire also has a similar lenient first offense drunk driving law, where a first offender can avoid a criminal conviction or any jail time. In contrast, a first conviction for drunk driving in Maryland is a misdemeanor that carries a minimum 45 day license suspension, fines, and up to 1 year in jail. The 1 year maximum jail penalty for a first DUI in Maryland is actually greater than most state’s maximum jail penalties for first time DUI. This is including states that are considered to have stricter drunk driving laws on MADD’s list, such as Florida, which has a 180 day maximum jail sentence for a first DUI conviction.

Despite that Maryland’s drunk driving laws are on par with national averages, they will continue to come under scrutiny when tragic DUI accidents appear in the news. Just last month young man was killed in an Ocean City DUI accident, where the driver had a criminal history littered with drug violations and traffic tickets. This incident prompted activists to call for stricter drunk driving laws. It is difficult to argue against raising first DUI punishments for a driver with multiple drug convictions and a history of aggressive driving. On the other hand, raising drunk driving penalties could result in first time offenders with no criminal history serving minimum mandatory jail sentences for drunk driving. The way the Maryland drunk driving laws are scripted realistically leaves minimum mandatory jail sentences as the only option for harsher penalties. The legislature could raise the maximum fines, license suspensions, and jail sentences, but offenders rarely are sentenced to these maximums, not to mention that raising maximum penalties has little deterrent effect on crime. Implementing minimum mandatory jail sentences would create an unjust system where convicted thieves, drug dealers, and robbers could avoid serving a day in jail, while a first time offender for DUI could not avoid jail time. The Maryland drunk driving laws will continue to be debated in the future, but for now there does appear to be a reasonable basis for increasing drunk driving penalties in Maryland.

Benjamin Herbst is a Maryland drunk driving lawyer. If you or someone you know has been arrested for DUI or DWI in Baltimore, or anywhere in Maryland, contact Benjamin Herbst at The Herbst Firm for a free consultation.