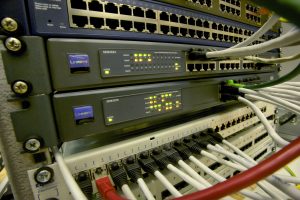 New details are slowly emerging in the theft prosecution of a former NSA contractor who is accused of stealing classified government information over a 20-year period. Federal law enforcement officers executed a search and seizure warrant of the man’s Glen Burnie house in August and found boxes of stolen papers and multiple computers containing as much as 50 terabytes of classified information. Although law enforcement appears to have a grasp on the quantity of information stolen, there are still many unanswered questions such as whether any of the information was disseminated to third parties. The one certainty though is that the former contractor with top-secret clearance will be held in jail until trial after a federal judge denied his request for bail.

On the issue of bail, defense attorneys argued that their client is not a flight risk because he does not own a passport and does not have the means or the desire to live in hiding. They added that 51-year old Ann Arundel County man has served in the U.S. Navy and is not a danger to the community or the country, citing the fact that there is no proof he intended to share any of the stolen government materials. The government countered with what turned out to be the more compelling argument to the judge; federal prosecutors argued that the stolen information could be highly sought after by foreign governments who hypothetically could be willing to offer asylum to the defendant. They stated that the defendant allegedly used sophisticated computer technology in order to defeat controls placed on classified information and he was able to use complex software that allows for anonymous and untraceable internet access. The government also argued that the defendant is a danger to the community after law enforcement found ten firearms during the search, including one in the floorboard of a retired police vehicle that he purchased over the summer.

The NSA is one of the largest employers in Maryland, and hundreds of people that work at the Fort Meade headquarters are not actually NSA agents. Outside contractors are essential for to the day-to-day operations of the agency, and most are privy to classified information provided they have a security clearance. This particular contractor happened to have the highest clearance, and allegedly the skill and desire to pull of one of the largest data heists in government history. All told the amount of material is estimated to be as much as 500 million pages, and allegedly includes the identities of American intelligence officers and a specific operational plan against a known enemy of the U.S. The defendant now faces misdemeanor charges for unauthorized removal and retention of classified material and felony theft of government property. The felony counts carry up to ten years in prison, and the government could add more serious counts if the ongoing investigation reveals any intent to pass along the classified materials to a third party or leak the information to the public. The Glen Burnie man is already a suspect in a late summer data leak, where details about secret NSA hacking tools showed up on the internet. The Blog will continue to follow the progress of this theft prosecution and may post a follow up article if necessary.

Benjamin Herbst is a federal criminal defense attorney who handles theft, conspiracy, drug and firearms charges in all Maryland courts. Contact Benjamin for a free consultation about your case anytime at 410-207-2598.