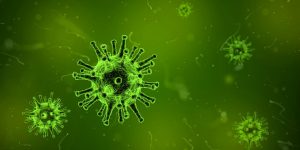 On Friday the Chief Judge of Maryland’s highest court signed an administrative order closing all state courthouses to the public for at least the next three weeks.  The announcement may have initially been a surprise, but as the impact of the coronavirus continued to unfold it was clear the judiciary had no other option.  It is important to know that the closure only applies to the public and not judiciary employees.  The district and circuit courthouses will continue to operate, and judges will continue to issue rulings on motions.  All criminal trials and most other hearings will be postponed.  One of the main exceptions is that bail reviews will still proceed as normal.  Defendants arrested during the next three weeks will still see the district court commissioner within 24 hours to determine whether bail, pre-trial supervision or recognizance is appropriate.  If release is denied by the commissioner, defendants will then see a district court judge at a video bail review the next business day.  In Baltimore City it could take two business days to see the judge, and as many as 3 or 4 total days if the arrest occurred on a Friday.   Defendants arrested on circuit court arrest warrants will be taken before a circuit court judge the next business day, and those with preset bails will be permitted have bail bondsmen post.  It is unclear at this point whether family members will be permitted to attend bail review hearings. The most likely scenario is that attendance will be limited to the defendant’s lawyer.

In addition to bail reviews proceeding as normal, habeas corpus motions will also be heard in the circuit courts.  Habeas corpus motions are filed when a district court judge denies bail, and are typically the fastest and sometimes only way to have a defendant released prior to trial.  Habeas motions are popular in larger jurisdictions such as Baltimore County, where the turnaround time of 10 days to 2 weeks will likely speed up due to the postponement of most other hearings.  Habeas motions are often successful due to the circuit court judges having the experience and knowledge required to make the unpopular decision to release a defendant who is facing serious charges.  It is safe to say at least some district court judges are known for not abiding by the principal of using the least restrictive means to assure the public’s safety and the defendant’s return to court.

Other district and circuit court hearings that will proceed normally include peace order and protective order petitions, arraignments, initial appearances, extradition hearings, and various juvenile hearings such as shelter hearings and juvenile detention hearings.  Contempt hearings and appeals from district court peace orders will also be held in the circuit court.  The judge also included text in the order to allow the courts to conduct quarantine and isolation hearings should they be placed into effect during this extraordinary time.  We obviously hope these lines prove to be merely a precautionary measure.

The public closure came just one day after the Chief Judge postponed all jury trials for the next several weeks.  The order canceling jury trials came as no surprise after the governor announced a two-week public school closure.  Jury panels are told not to report when public schools are unexpectedly closed.  The Blog will continue to follow all released from the Maryland judiciary and may post follow up articles as more news comes down from the Court of Appeals in Annapolis.  If you or a loved one has been recently arrested anywhere in Maryland contact bail review lawyer Benjamin Herbst anytime for a free consultation at 410-207-2598.  Benjamin is available 7 days a week and can appear at bail review hearings anywhere in Maryland on short notice.  He is also an experienced habeas corpus lawyer, who has successfully argued for the release of numerous clients after their bail was denied in district court.  If you have an outstanding arrest warrant or bench warrant, Benjamin can also file a motion to recall the warrant and issue a summons.