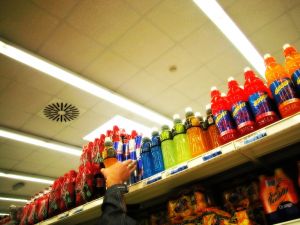 Retail theft is one of fastest growing crimes in the United States, but Maryland and especially Baltimore appear to be suffering the greatest increases in theft crimes. The FBI has estimated that retail theft may cost the U.S. about $30 billion per year, and these losses are often passed on to the consumer in the form of higher priced goods. While many retail theft crimes are carried out by novice shoplifters or misguided juvenile thrill seekers, the major impacts of retail theft are the result of organized and sophisticated theft operations. When we hear the phrase organized crime, our minds immediately take us to classic mobster movies such as the Godfather, Goodfellas, and Casino, but not all organized crime involves high stakes gambling or drug operations. In fact, retail theft has become one of the most common sources of income for organized crime operations, and now Maryland appears to be a new up and comer in the organized retail theft arena.

The National Retail Federation or NRF recently included the Baltimore Washington area on its published list of organized retail theft hotbeds, which also includes such cities as Los Angeles, Miami, and Chicago. Organized retail theft in Maryland has gone beyond simply walking into a store and leaving with goods without paying. These theft operations can sometimes involve large numbers of people collaborating to steal goods and then sell or fence the goods at discount prices. The stealing and fencing of goods has become a popular source of income for gangs throughout the Baltimore area. The goods themselves are not always stolen in actual stores, as recently an entire truckload of Kmart goods was stolen by an organized crime operation in Maryland. According to the NRF, the key to stopping large scale organized theft in Maryland is to intercept the stolen goods while in transit. Stolen goods simply cannot be sold in a store parking lot, and thus the goods must be taken to a secure area such as a warehouse where they can be fenced. Frequent checking of tractor trailers on Maryland roads by police is one way to crack down on stolen goods in transit.

The FBI states that no particular type of retailer is less at risk than another. Organized crime outfits are targeting any Maryland retailer where valuable goods are sold, including grocery stores, major department stores, and even drug stores. There are also a variety of different goods that are targeted by organized retail theft groups in Maryland such as over the counter drugs, health and beauty products, and razor blades. Theft operations also target expensive portable electronics such as smartphones, tablets, and cameras. The FBI and the NRF have also reported that there are multiple outlets for organized retail theft rings to sell their stolen goods. These outlets including pawning the stolen items at pawn shops, selling them at flea markets and street corners. Many retail theft operations also take part in fraudulent returns to acquire store credit gift cards that can easily be sold.

The NRF reports that although retailers are making strides in combating organized retail theft, the crime groups have been able to stay one step ahead of law enforcement. The FBI has recently developed a national database for retailers to report and share information on serious incidents of retail theft. The retailers can then use this information and law enforcement to develop plans to combat the theft operations.

Benjamin Herbst is a Maryland criminal lawyer specializing in theft crimes including shoplifting, grand theft, and auto theft. If you or someone you know has been arrested or is being investigated for a theft crime, call the Maryland theft attorneys at The Herbst Firm for a free consultation.