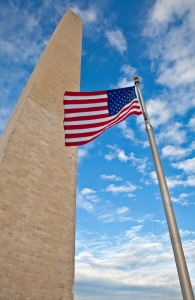 Washington D.C. currently has tougher marijuana laws than Maryland and Virginia but that may change if D.C. mayor Vincent Gray can sway district officials in the coming months. The mayor has publically stated that the D.C. government will focus on implementing their medical marijuana program, but should not ignore the opportunity to make policy changes for recreational marijuana users. Washington’s medical marijuana law was approved in 2010 and allows sanctioned marijuana dispensaries to grow and distribute to drug to patients with a medical marijuana prescription. The city’s medical marijuana program has struggled to gain support from the community as a whole, and changing this perception appears to be the mayor’s main focus. But decriminalization of marijuana is still on the government’s radar, and the policy changes that the mayor is speaking of would not necessarily mean legalizing recreational use of marijuana. Rather the first step would be to decriminalize the drug, making simple possession of marijuana punishable only by a civil fine, and not by a term of incarceration as the law currently provides.

In Washington D.C. the road to decriminalizing marijuana will certainly have its share of obstacles. In reality these obstacles may be more difficult to navigate than any obstacles that Maryland would face when it chooses to decriminalizing marijuana. This is due to the presence of the U.S. Attorney’s Office in D.C. Unlike Maryland, which exclusively uses its own state attorney’s office to prosecute state crimes, Washington D.C. employs the United States Attorney to prosecute many of its cases. The assistant U.S. attorneys will likely be influenced by the harsh federal drug laws, even when prosecuting non federal, D.C. marijuana cases. Because federal law trumps state and local law in this situation, U.S. attorneys employed by D.C. can still criminally prosecute a defendant charged with possession of marijuana after it is decriminalized by the city. The fact remains that the federal government is not close to decriminalizing marijuana within the next few years, and this prospect may become even less imminent depending on the outcome of the November presidential election.

Even if the federal government maintains its stubborn position on marijuana criminalization, it appears that the feds might be willing to cooperate with the D.C. council in decriminalizing the drug. On the other hand, radical changes to marijuana possession laws would likely be met with overwhelming opposition by the highly influential U.S. Attorney’s office. The marijuana decriminalization movement in D.C. appears to be fluid situation much like the medical marijuana and decriminalization debates in Maryland, but in the next few years both jurisdictions are likely to ratify some sort of decriminalization for marijuana.

Benjamin Herbst is a marijuana lawyer in Maryland, specializing in possession and possession with intent to distribute marijuana. Please contact The Herbst Firm for a free consultation if you or someone you know has been arrested or ticketed for marijuana possession in Maryland.