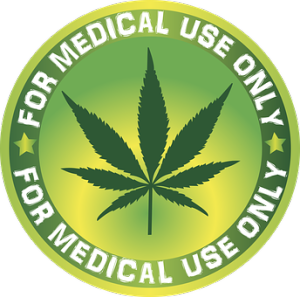 Maryland is quickly approaching the notorious distinction of slowest state to implement legalized medical marijuana, and after two years we are still nowhere close seeing the first state dispensaries open their doors. The lawmakers who supported medical marijuana are frustrated, the investment groups who have millions tied up are frustrated, and most importantly the patients who need treatment are frustrated. And to make matters worse, the commission that was established to oversee the program has offered little public explanation for the delays. Back in December we published an article about the commission being overwhelmed by the number of grower and distributor applications, which doomed the January 2016 target date for awarding licenses. The commission, which went without a leader for four months after the executive director resigned in December, did not offer a revised date last winter and they are not offering one now. The only thing we do know is that the firm who is evaluating and ranking the grower and distributor licenses has been retained for an extra four months, and will be paid more than $2 million when it’s all said and done. The firm is supposed to finish ranking the estimated 900 applications by this July, but then the commission must still debate over who will actually receive the licenses.

With so much riding on the application rankings and the ultimate decisions by the commission, there is bound to be heated disputes over the process. The experts hired to review the applications have been kept secret, and have signed affidavits denying any relation to the prospective growers and distributors whose names have been redacted from the applications. But despite these precautions there have still been allegations of secret meetings between state officials and applicants, which has prompted other applicants to call for the process to be more transparent. There are fears that those investors whose applications are denied will file suit and challenge the commission’s decisions in court, thus further delaying the process. With all the money at stake and the mounting frustration it seems like multiple lawsuits over the selection process are inevitable.

In addition to the selection process being under scrutiny, there was also a recent controversial decision by the commission to limit the number of processor applications to 15. There was already a cap of 15 on grower licenses, but there was no such limitation on who could be licensed to process the plant material into other forms such as edibles and oils. This decision was apparently reached with little debate, and once again there was no detailed explanation made available to the public. Now some growers may face the additional expense of outsourcing for their processing needs, and the product may be harder to track after an additional party is involved in production.

It is truly inexplicable how our state could so royally mess up medical marijuana implementation. The first medical pot bill was passed over three years ago, and now we are still more than a year from seeing a patient walk into a dispensary to obtain the medicine he or she needs. There are dozens of fully functioning and successful medical marijuana programs across the country whose blueprints have been available for years, and yet our state is floundering around as patience grows thin. We can only hope there will be a timely resolution to all of these issues, but based on the past three years there is little confidence that timely and medical marijuana will ever be used in the same sentence in Maryland.

Benjamin Herbst is a criminal defense lawyer who handles drug charges, DUI, theft, assault and all other offenses in state and federal court.  Contact Benjamin for a free consultation anytime.