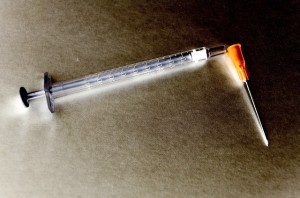 Lawmakers have made numerous attempts to curb the heroin epidemic in Maryland, and the governor has gone so far as to pronounce a state of emergency as overdose numbers continue to spike. Some Annapolis legislators considered passing a law that would allow the state to prosecute drug dealers under an enhanced 30-year jail penalty if their product caused a death, and we may see similar bills hit the state house floor in the future. State law enforcement is also joining in the fight, as Baltimore murder police are now beginning to investigate drug overdoses for potential links to dealers. The city police commissioner recently announced that five detectives working out of the homicide department will respond to both fatal and non-fatal overdoses. Baltimore is not the first jurisdiction to seek criminal evidence at overdose scenes, as Harford County narcotics detectives have already been showing up with first responder medics for the last two years. The Harford County Sheriff’s Office though was forced to scale this initiative back, as the sheer amount of overdoses proved too tough to manage.

State’s Attorney’s Offices around Maryland have also tried to do their part in furthering the agenda to combat the overdose epidemic. We previously posted about a defendant in Worcester County that was convicted and sentenced under state manslaughter law for selling heroin that ultimately resulted in a deadly overdose. Now another state prosecutor’s office has reported a manslaughter conviction in a CDS narcotics distribution case, and the defendant received the maximum penalty provided by the law. A Waldorf woman was just sentenced to 10 years in state prison in the Circuit Court for Charles County for selling fentanyl to man who later died of a drug overdose. The woman allegedly told the deceased buyer that her product was heroin when she knew that it was actually fentanyl, a far more powerful narcotic. This was reportedly the first time a defendant was convicted for manslaughter for selling drugs involved in an overdose in Charles County. The 34 year-old woman was also recently sentenced to 14 years in prison for another unrelated drug distribution charge, and was convicted and sentenced to probation on a third controlled dangerous substance case.

Law enforcement and state prosecutors may continue to seek enhanced penalties for drug dealers whose buyers overdose, but the deterrent effect of these measures is tough gauge. Harford County made a legitimate effort to seek out and prosecute dealers by investigating overdoses, but after two years their fatal and non-fatal overdose numbers remain largely unchanged. Efforts in Baltimore City may suffer the same fate, as the heroin epidemic is not under control in Maryland or anywhere else in America for that matter. In response to the public outcry government officials such as lawmakers, police chiefs and state’s attorneys tend to take the easy way out by announcing new initiatives to target suppliers. But a press release or two about a dealer serving extra time in prison gives these officials a false sense of accomplishment. The overdose numbers are not decreasing, and rather than targeting the endless supply of small time dealers officials should focus more on education, treatment and perhaps safe zones for users. While legalization and strict regulation of heroin would eliminate the type of street overdoses in the Worcester and Charles County cases, this is not a realistic solution at this point in time. The fact that legalization does not even warrant serious discussion is unfortunate, but there will come a time when government officials will have no choice but to consider it.

Benjamin Herbst is a Maryland criminal defense lawyer that handles manslaughter, manslaughter by vehicle or vessel and drug distribution cases.  Contact Benjamin for a free consultation to discuss your case at 410-207-2598.

Md. woman who sold drugs to man that killed him sentenced to 10 years for manslaughter, wjla.com.