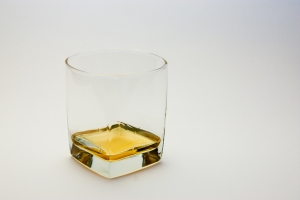 The Worcester County DUI checkpoint was conducted through a collaboration of various police departments. Police departments in the Delmarva region have collaborated in the past during previous DUI checkpoints. The Maryland police departments involved in this particular DUI checkpoint team included cops from Berlin, Ocean City, the Worcester County Sheriff, and the Maryland State Police. The Maryland State Police typically takes care of all the public relations in multi jurisdictional efforts such as this Worcester County DUI checkpoint, and the state police spokesman made an extremely telling statement. In a press release the Sergeant was quoted as saying of DUI checkpoints, “they don’t always result in a lot of people being arrested for DUI, but you have a lot of contact and education”. You can take the Sergeant’s comments as typical PR rhetoric and simply gloss over them, or you could dissect and analyze the comments. This being a legal blog, we will do the latter. The Maryland State Trooper first admitted that the checkpoints do not result in a lot of DUI arrests. If the checkpoints do not result in arrests, then why would multiple Maryland police agencies spend time, money, and resources collaborating to plan the checkpoints? Especially when we already know from multiple studies that police can make more DUI arrests using simple patrol saturation tactics, which require minimal planning and collaboration.

The Maryland State Trooper also stated that the DUI checkpoints result in a lot of police contact and education. But whoever said that citizens, that are trying to get from point A to point B on Maryland’s roads, want police contact? Because if police are not making DUI arrests during the checkpoints, then they are making unwanted and unavoidable contact with law abiding citizens. Police contact in the form of a DUI checkpoint is a stressful and intrusive experience for everyone. The argument that you should not worry if you have done nothing illegal runs contrary to everything that the bill of rights stands for. We do not live in a police state, and law abiding citizens should not be subjected to involuntary police investigation and examination for so called “education”. If the police want to educate us, they are welcomed to conduct public service announcements and make public appearances to send their educational message. But pulling over 1,200 cars in one evening crosses the line, especially when doing so yields little or no criminal arrests for DUI.