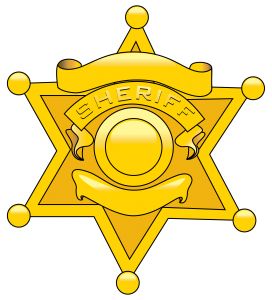 Each year during the summer, the Maryland State Police releases its uniform crime report for the state of Maryland. The crime report uses data collected from every police jurisdiction in all 24 Maryland counties, but only factors in reported crimes in the report. The Maryland State Police defines reported crimes as actual incidents reported to police by victims, witnesses, and other sources used by law enforcement. Complaints of crime that law enforcement deem unfounded are not included in the reported crimes data. The annual uniform crime report is by no means a complete study of all crime in Maryland. In fact, the report only includes eight umbrella crimes in two separate categories, which are violent crimes and property crimes. A specific crime that does not fit into one of the umbrella crimes is not included in the report. Thus many of the most common crimes in Maryland such as DUI, drug possession, and drug sale are not included. In sum, the annual report is not a study of how many people are breaking the law in Maryland each year. Rather, the report analyzes the crimes that that have the greatest impact on citizens, and gauges how safe we really are throughout Maryland.

The 2011 Maryland uniform crime report was released back in June, and according to the data, reported crimes decreased by almost 5 percent from 2010 to 2011. In 2010, there were 204,916 total crime incidents reported, and this number dropped to 195,517 incidents of crime in 2011. Reported incidents of violent crime in Maryland, which includes murder, rape, robbery, and aggravated assault decreased by almost 9 percent. Reported property crimes, which include breaking or entering, larceny-theft, motor vehicle theft, and arson decreased by a much lower rate, but still trended downward. Last year, for every 100,000 people in Maryland, there were roughly 3,350 crime victims, and 495 violent crime victims.

The Maryland uniform crime report breaks down crime statistics in a host of different categories and locations. One statistic that the Maryland state police keep track of is clearances. A clearance is a reported crime that actually ends up in an arrest. Once a suspect is arrested, that specific case is closed with respect to the police department in charge of the investigation and the case is reported as cleared. The crime report does not factor in actual criminal convictions. In 2011, only 26 percent of all crimes were cleared by law enforcement. In other words, only 1 out of every 4 crimes in Maryland resulted in an arrest. This number is much higher for violent crimes, as 57 percent of reported violent crimes ended up in an arrest. The higher number of cleared violent crimes is often attributed to more intense investigations of these crimes by Maryland police. 15 percent of all cleared cases in Maryland were juvenile cases, which are defined as crimes where all suspects are under the age of 18.

The Maryland uniform crime report is an extensive document that is a valuable resource for both police and citizens. A future article will appear in this blog that will focus on crime statistics of the numerous police jurisdictions in Maryland. For starters, Carroll County, Maryland experienced this largest county wide drop in crime from 2010 to 2011.