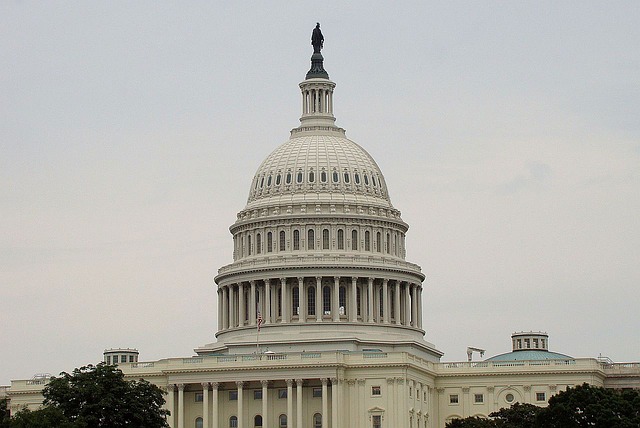 Two years ago Maryland became one of 22 states to legalize marijuana for medical purposes, and just months ago lawmakers modified to the program to make it functional. Many of the other states already have fully functioning medical marijuana programs, with numerous privately owned dispensaries, but Maryland’s program is still in the planning stages. As of now it looks like it could be up to 18 months until the first private dispensaries open their doors locally, and when they do, there is now hope that the federal government will stay out of the way. Anyone doing business in the medical or recreational marijuana industry faces the constant threat of the feds (read the DEA) busting down their doors and closing up their shops. This threat is not particularly imminent as the Department of Justice and the POTUS himself have called off the dogs as of late, but make no mistake about it, the threat still remains. But a recent vote in the U.S. House of Delegates may be the first step toward a permanent resolution in the state versus federal marijuana law conflict.

Congress does not actually have to pass a federal law legalizing medical marijuana in order to change the federal policy on pot. All they have to do is manipulate the money going to those who enforce the current laws. Congress controls the funding for all federal agencies including law enforcement, and they can create specific limits on this funding. Without money from the government, agencies such as the DEA are powerless. Last week House members comfortably approved a measure to prohibit the DEA from spending federal funds to bust state-licensed medical marijuana dispensaries and grow houses. If the House bill or a similar bill created by the Senate becomes law then the DEA will be forced to completely stand down from all operations directed toward licensed medical marijuana. To any informed and logically thinking reader this bill is a no brainer. Even if you disagree with the irrefutable evidence documenting marijuana’s numerous medical benefits, the decision whether to legalize it should still be up to the states. The people want it, and the established state programs have proven to be highly successful. But the hardheaded DEA remains in the minority with their views on pot, and all the propaganda they send out falls on deaf ears throughout most of the country. Regardless, the DEA continues to fight blindly against marijuana, because their pot war keeps the federal money used to buy their fully equipped marijuana detection helicopters flowing.

Not all lawmakers are supporting the movement to prohibit the DEA from busting down dispensary doors. Some members of congress, including one of Maryland’s own, still share an unfounded aversion to marijuana and voted against the bill. In rejecting the funding measure, congressman Harris stated that it was simply an attempt to accomplish the real goal of legalizing pot for recreational use. Mr. Harris cited a DEA (taxpayer funded) report that scoffs at the idea that marijuana actually serves a medical purpose. Considering the readily available evidence, the DEA and Mr. Harris are displaying the type of ignorance that is toxic in our government, and runs contrary to the beliefs of the large majority of American citizens. And if its not ignorance then its simply a case of a misguided agenda, which we know the DEA already has. The House measure, or a similar spending bill is likely to become law in the near future, and the Blog will post another article when this happens. In addition, we will continue to follow the progress of our own state’s medical marijuana program.

Benjamin Herbst is a drug manufacturing and marijuana grow house lawyer who handles cases in all Maryland state and federal jurisdictions. Contact Benjamin anytime to set up a free consultation.