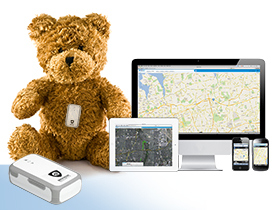 Theft is an example of an offense that is typically referred to as a crime of opportunity. This means that most thefts are committed without premeditation, and only after a person encounters situation where he or she sees possible success in stealing something of value. The Hollywood heist movies about the priceless art thief or the armored truck robbers are not all fiction, but they definitely are not representative of the majority of theft crimes. As a crime of opportunity, theft really sees no boundaries. There are a surprising number of thefts committed at churches, schools, and even hospitals, and literally any object you could think of has been wrongfully taken. We’re not just talking about jewelry, cash, and iPhones, but also things like steel bleachers, telephone poles, and even trash cans. And now one thing can be added to the list, as there have been a rash of used clothing thefts reported at Baltimore area donation and recycling bins.

The bins are common in many urban areas, and are owned by a variety of different non-profit and for-profit companies. The non-profit bins typically donate the clothes or sell them to raise money for charity, while the for-profit bins can bale up the clothes for sale to third world countries, or recycle the clothes and sell the raw materials. The for-profit bins are often located on private commercial property, where the business owners lease the space to the bin companies. If you’ve ever seen a clothing bin in a gas station parking lot chances are it’s the for-profit recycling version. As more of these bins have been popping up around Baltimore so too have incidents of theft. MAC, a recycling company that owns a large number of clothing bins, has seen a rise in these opportunistic thefts over the last few years, and a corresponding decrease in donations. The company has reported various different types of thefts including using force to break into the bins, as well as the occasional thief actually crawling inside to get their hands on anything of value. The old clothing might not be flashy, but it does have a resale value at local thrift stores or numerous recycling companies. Many of these thefts are caught on closed circuit cameras, but rarely are police able to identify, much less apprehend to perpetrators. Rather than just chalk up the losses as a tax write off, MAC started using technology to fight back. And the company is already seeing results.

In the past few months MAC has begun investing in GPS devices and tracking systems in order to lead cops to clothing bin thieves. The company inserts small GPS devices inside clothing or stuffed animals, which they think will be targeted. As soon as one of the GPS devices leaves the immediate vicinity of the bin it sends an alert to company officials. The company can then track the movement of the stolen item and notify law enforcement of its whereabouts. Law enforcement has made 4 GPS aided theft arrests, which translates to a 100 percent success rate, as there have been 4 GPS alerts to date. MAC plans to expand the use of technology to continue to deter and apprehend thieves, but will continue to face the threat of these crimes of opportunity.

Benjamin Herbst is a Maryland theft attorney who handles all offenses ranging from shoplifting to complex white collar fraud. Contact Benjamin anytime for a free consultation.