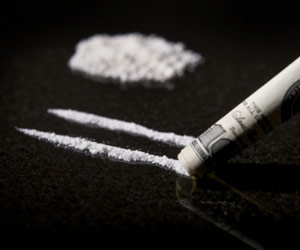 Law enforcement officers make dozens of drug distribution busts each day in Maryland. State and local police handle most, as only a select few of these busts are carried out by federal law enforcement. Federal agencies such as the DEA could investigate and prosecute any would be drug offender under federal law, but they often defer to state level cops unless the case is large and involves multiple states. Even when these busts are juicy enough for the feds, the media rarely picks up on them, and most go unnoticed by the public. Therefore when the United States Attorney’s Office issues a press release about a drug bust that is picked up by almost every local news agency, you know the facts must be particularly scandalous. This past week’s Baltimore drug bust definitely fit the bill, as assistant US attorney Rosenstein announced indictments in a multi-state cocaine trafficking operation, which involved tons of drugs, millions of dollars, fancy cars, and money laundering. The investigation had everything the media could ask for in a story, and the bulk of the alleged criminal activity occurred right here in Baltimore.

In total, nine people were indicted on a variety of federal drug and money laundering charges. Most of the defendants are from Maryland, and the alleged ringleader hails from Bowie. One defendant is from Howard County, and one is from Bel Air in Harford County. The complex investigation, which took advantage of new technology to monitor cell phone conversations and conduct video surveillance, revealed that the group would transport large amounts of cocaine from a Baltimore City warehouse to Houston, Texas twice per month. The drugs were transported in cars with specially equipped storage compartments designed to evade law enforcement detection. Sometimes the cars themselves were shipped on trucks to minimize the risk of a traffic stop and search. The cars would return to Baltimore with thousands of dollars in cash that was allegedly laundered through a host of local businesses, including a popular Fells Point Italian ice shop. Law enforcement also discovered information that may link some members of the group to a 2012 Baltimore homicide, but charges have not yet been filed in that case. Toward the end of the investigation upwards of 200 law enforcement officers from different states executed search warrants that produced over $3 million worth of cocaine, $2 million in jewelry, luxury vehicles such as a Rolls Royce and a Ferrari, and hundreds of thousands in cash. The defendants range in age from the 37 to 54, and trial dates for each have not been set. Some, but not all members of the group have criminal records. The ringleader was charged with felony narcotics distribution in Baltimore City in 2003, but that case was dismissed in 2004.

As we have mentioned in previous entries, the feds rarely go public about an indictment unless they are sure the investigation has been thorough, and a conviction is likely. It would not be surprising to see guilty pleas in most, if not all of the defendant’s cases. Especially considering the fact that with at least 9 known defendants, and possibly more indictments on the way, federal prosecutors will likely be able to flip at least one. The Blog will follow the progress of this case, and post another entry if warranted.

Benjamin Herbst is a drug crimes lawyer who handles cocaine, marijuana, MDMA, and heroin cases in all Maryland state and federal courts. Contact Benjamin for a free consultation about your case.