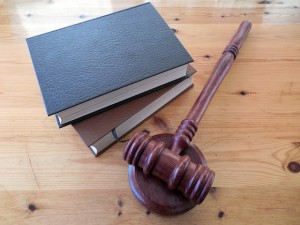 Covid-19 has devastated thousands of families around that world, with the health impacts being felt the hardest.  The collateral damage to the business world also is hitting home, as millions of people have lost their jobs or their ability to earn a consistent income.  The virus has also thoroughly disrupted the court system, and as a criminal law blog we will focus on these impacts.  First of all, jury trials are not scheduled to resume until the end of April, and the backlog of cases is in the hundreds for the larger jurisdictions such as Prince George’s County, Baltimore City, Baltimore County and Montgomery County.  All defendants are impacted by these continued postponements, but none more than those who are incarcerated and awaiting their day in court.  There are some defendants who have been waiting over 18 months for their case to go to trial, which severely weakens the principal of innocent until proven guilty.  While the Courts have been committed to entertaining multiple requests for bail reviews as the postponements mount, defendants who are charged with violent offenses, gun offenses or even large-scale drug cases are still being held without bail.  Our advice to any defendant in this situation is to continue to request bail reviews.  While the Courts will typically not consider a second or third bail review absent a change in circumstances, continuous postponements do present new circumstances that warrant reconsideration.  Additionally, if new discovery tends to show that evidence of guilt is not as strong as a police report or indictment makes it seem (this is the case far too often) then a new bail hearing may be appropriate.  If you have an attorney be sure to contact him or her to discuss filling a new bail motion, and if you need an attorney contact Benjamin at 410-207-2598.

Covid-19 has also affected the District Court dockets and caused lengthy postponements in all types of cases.  The Clerk’s office has been postponing a massive number of cases due to limited capacity in the courtrooms due to social distancing.  Dockets in some jurisdictions are being totally cancelled or cut in half, and some jurisdictions have not fully taken advantage of virtual options.  While the large majority of defendants in District Court are not incarcerated, having an open criminal case can have extreme negative effects on a person’s ability to live a normal life.  It may be difficult to obtain a new job, promotion, mortgage, lease or even acceptance to a school.  Open criminal cases may also impact a person’s ability to renew professional licenses, security clearances and immigration issues.  If you have a District Court case that has been postponed or does not have a court date, an attorney may be able to advance the trial date.  While advancing the trial date is especially difficult during this pandemic, there may be other options to move your case along quicker, such as filing a written jury trial request.  This option would transfer the case to one of the Circuit Courts, where it may be quicker to schedule a court trial or a plea hearing.  Circuit Court judges have a greater degree of control over their dockets, and are usually amenable to setting cases in early if it means disposing of them and thus decreasing the backlog.

Benjamin Herbst is a Maryland and Florida criminal defense lawyer who practices in Prince George’s County, Montgomery County, Baltimore County and all other Maryland jurisdictions.  He is also licensed to practice in Florida, and has extensive criminal trial experience in Palm Beach County, Miami-Dade, Broward County, Martin County and St. Lucie County.  If you have a gun, drug, DUI, theft or domestic violence charge anywhere in Florida or Maryland Contact Benjamin anytime at 410-207-2598 or 954-543-0305.