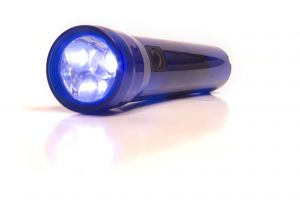 Maryland jails will continue to have the power to strip-search a person who is arrested for any crime, regardless of whether cops are suspicious that contraband may be present. The Supreme Court ruled 5-4 in favor of upholding jail house strip-searches in an April 2 decision. The ruling will allow Baltimore police to strip-search any person arrested before he or she is admitted into the jail for any type of crime. Defendants arrested for minor crimes such as driving without a license, failing to pay child support, or even violating a dog leash law are also subject to strip-search upon being booked into the jail.

The five Justices explained that they should not have the power to second guess the judgment of corrections officers that are faced with the daily prospect of guns and other weapons, and drugs being smuggled into the jail. Drugs such as marijuana and cocaine can be smuggled on the person of an arrested individual, not to mention prescription pills such as oxycontin that are easily concealed. Justice Kennedy wrote that corrections officers must be concerned about the health of the public and with potential gang affiliations. Kennedy also wrote that each of the nearly 13 million people whom are arrested each year “may be required to undergo a close visual inspection while undressed”.

The opinion pointed out the substantial risk that a new inmate could by his own will or by coercion smuggle contraband that could put other inmates as well as the corrections staff at risk. The majority Justices were not surprised that jails would feel the need to institute strict strip-search policies for drugs, weapons, gang affiliations, and disease due to the crowded, unsanitary, and dangerous conditions at many jails and prisons. Chief Justice Roberts did leave room for some modification of the ruling in the future, as his concurrence stated that exceptions were still possible to prevent unnecessary embarrassment.

This ruling is likely to create a great deal of backlash from civil liberties groups as well as more liberal lawmakers. The four dissenting justices laid out the basic arguments against the ruling by stating that strip-searches are a “serious affront to human dignity and personal privacy” and should only be used upon sound justification. The problem with the decision is that it does not place any restriction on who may be searched nor does it require officers to have a particular reason for a strip-search. In many jurisdictions corrections officers or police must have separate reasonable suspicion that the arrestee may possess contraband such as drugs or weapons before a strip-search can be initiated. Now any Maryland or Baltimore arrestee can be strip-searched for any crime from felonies such as robbery and burglary to misdemeanor drug possession and even DUI.

The Herbst Firm is a Baltimore criminal law firm and personal injury law firm dedicated to providing relentless representation to all clients. If you or someone you know has been arrested or is being investigated for a crime in Maryland contact Maryland criminal lawyer, Benjamin Herbst at 410-207-2598 for a free consultation.