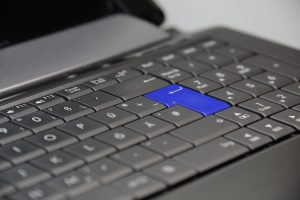 Maryland sports one of the most convenient systems to access criminal case information via the casesearch website. The website allows the user to search a database of thousands of cases by first or last name of the defendant, and displays the charges, court location and hearing times. If the case is closed it provides a brief summary of the outcome or disposition including the length of suspended and unsuspended jail time, the terms and conditions of probation and whether a probation before judgment (PBJ) was granted. The site lists any attorneys involved including the prosecutor and defense lawyer, and in some cases includes the victim or complaining witness. The site also lists the names of any police officers involved, but for a few days last week and without warning or explanation these names suddenly disappeared.

The details behind the information blackout are still somewhat murky, but we do know that at some point in the last few months a government committee that oversees the website voted to replace the officer’s first names with their initials in the interest of protecting police from potential retaliation. This change had been on the agenda of the Anne Arundel County Police for years though AA County PD never advocated for the complete deletion of officer information. After the names disappeared we learned that no law enforcement agency in the state actually advocated for the complete deletion of officer information. Quite to the contrary most publicly denounced it, which made the move even stranger and only increased the amount of backlash by civil rights advocates, police watchdog organizations and criminal defense attorneys around the state. Accessing the names of arresting officers is essential to filing expungement applications, which are processed at a rate of close to 6,000 per month. In order to apply for an expungement within the first three years of a case being dismissed all defendants must fill out a waiver and release form that basically states you will not sue the police. Without the arresting officer’s name you cant properly fill out the form.

There was certainly a shortage of justification for deleting the information from public view, and the move could not have come at a worse time. In light of Baltimore City police corruption gaining widespread national media attention over the past few months you would think the response by state agencies would be for more transparency and not less. The rocky relationship between police and the general public is not going to smooth out by adding another layer of secrecy. Luckily before the backlash grew the Maryland Court of Appeals stepped in and reversed the decision and ordered the judiciary to undo the deletions. It wasn’t quite no harm no foul as the government wasted over ten thousand dollars deleting and restoring the data. As of now the site is back up and running like normal, but there are still unanswered questions about what actually happened.  The judiciary called the move an honest mistake, though the Blog will continue to track this bizarre story and if any new information comes to light we may post a follow up article. For any questions on criminal defense issues such as expunging a case or seeking representation for a current charge feel free to contact Benjamin Herbst at 410-207-2598. Benjamin defends clients charged with any offense in all Maryland jurisdictions including federal court.