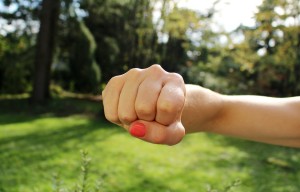 Today marks the final day of the 2016 General Assembly’s legislative session, and there is still much left to be decided on the criminal law front. We wrote extensively about the Justice Reinvestment Act, which has grabbed headlines for much of the last month. But there are other criminal law bills that will likely go into effect this fall, and these bills deserve some attention as well. One such bill was a measure originally taken by the House that looked to expand protections for victims of domestic violence. Currently a victim of domestic violence may petition the court for a protective order if he or she alleges that some form of abuse has taken place. Under the Maryland statute, abuse is now defined as an act that causes bodily injury or places the victim in fear of imminent bodily harm. Abuse also includes the crimes of rape, false imprisonment and stalking. Lawmakers from the House sought to expand the definition of abuse by adding harassment and malicious destruction of property but this measure failed to gain traction and was shut down after an unfavorable report by the judiciary. But now the bill has been revived in the form of an amendment to another Senate domestic violence bill, and it appears to be gaining steam.

Opponents of the amendment take issue with harassment being defined as a form of abuse. This is likely due to the broad definition of harassment, which is defined as maliciously engaging in a course conduct that alarms or seriously annoys another. No physical harm is necessary, and there is no exact definition of what a course of conduct actually means. This is a crime that while serious, is often the subject of false accusations because little objective proof is required to bring the charges; the word of the alleged victim is usually enough it initiate a case. While false accusations of harassment rarely stand up in court, they can have drastic effects on the accused if a temporary protective order is sought. Temporary protective orders can have immediate collateral consequences that can occur before the accused has his or her day in court, and this is the main reason while some lawmakers are hesitant to expand the definition of abuse to include harassment. But it appears that those in favor of expanding the abuse definition will be on the winning side of this debate.

The Blog will provide a final summary of the criminal law bills that will be heading to the governor’s desk this summer, and we will post a follow up article after all the dust settles. For now though, we expect that in October smoking marijuana in public will be a crime once again, and minimum mandatory prison sentences for drug felonies will come only at the discretion of the trial judge. Violation of probation procedures are also headed for drastic changes that will benefit defendants, and many prison inmates are looking at shorter sentences. As always, feel free to contact The Herbst Firm with any questions about these legal issues, as well as if you or a loved one has a criminal matter that calls for experienced representation. Benjamin Herbst handles all types of domestic violence cases including assault, harassment, and stalking, and is available at 410-207-2598.