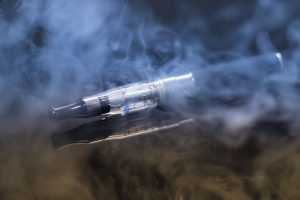 While marijuana laws have changed drastically over the last several years the legislature has largely avoided the subject of tobacco. The state has regularly raised taxes on cigarettes and other tobacco products in order to dissuade use, but no major tobacco legislation has crossed the governor’s desk in years. That will change this summer, when the governor will be presented with a bill that effectively raises the age of lawful tobacco use from 18 to 21. The proposed law will modify section 10-107 of the Maryland criminal code, which currently makes it illegal to sell or distribute tobacco products to a minor under the age of 18. Under the new law a person could be subject to criminal charges for selling, or otherwise distributing tobacco products to anyone under the age of 21, unless the person is a member of the United States Military. There is no current proposal to address possession of tobacco products for those under the age of 21, but such legislation could be proposed in the future. If the legislature decides to address underage possession of tobacco it would probably be in the form of a civil citation, much like the current offense for underage possession of alcohol.

It is safe to say that traditional cigarette smoking was not the main target of this piece of legislation, but rather vaping that was the objective. The popularity of vaping has spiked dramatically over the past few years due to the technological advances of electronic cigarettes. These devices are discrete and easy to use, and can be charged via USB outlets that are the used with almost every cell phone. Electronic cigarette smoke can contain high amounts of nicotine and offer the smoking sensation without the lingering stale smell, and cartridges come in hundreds of different flavors. The CDC recently reported that more than 20 percent of high school students have tried vaping in the last month, compared to about 1.5 percent in 2011. Additional studies have shown that raising the tobacco use to 21 could dramatically reduce e-cigarette use among high school students, and Maryland lawmakers have taken notice.

The new tobacco law will likely go into effect in October, and enforcement should be expected immediately. Shop owners and employees could face a misdemeanor conviction and hefty fines for violating the new law. A first offense carries a maximum penalty of a $300 fine, but repeat offenders face a $1,000 fine after that. A third offense within 2 years and any subsequent offense after that carries a massive $3,000 fine, which will surely cause tobacco dealers to think twice before selling. This offense is not a strict liability crime, as lawmakers included a provision that allows for an affirmative defense. If upon purchase, a valid form of identification was presented that positively identified the purchaser as over the age of 21 then the seller may not be found guilty of violating the statute. This seems to protect sellers in fake ID cases, as a store clerk should not reasonably be expected to be an expert in facial recognition. Under the law, sellers would be required to card anyone who appears under the age of 30, and businesses would have to present new signage that states nobody under the age of 21 is permitted to purchase tobacco products. Electronic cigarettes and other smoking devices are considered tobacco products, so the new law would likely prevent anyone under the age of 21 from making a purchase at or even entering the local smoke shop.

The Blog will continue to follow the progress of this bill and other potential criminal laws, and may post an additional article in the future. If you have been charged with unlawful sale of tobacco products, underage possession of alcohol or possession of a fake ID contact attorney Benjamin Herbst anytime for a free consultation. Just because an offense does not carry jail time does not mean it should be taken lightly. Even a civil infraction may result in a permanent conviction that could be accessible by the public for decades. Benjamin handles all criminal and civil violations in Maryland including cases with outstanding bench warrants, and is available seven days a week at 410-207-2598.