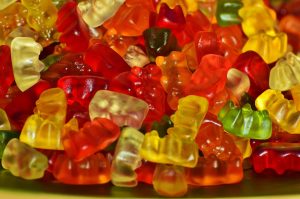 Marijuana has been a major issue for state lawmakers in almost every recent legislative session, and this year is shaping up to be no different. Despite all the progress over the last five years in crafting state marijuana policy there are still numerous key issues that have yet to be settled. Without a doubt the headliner is the legalization of recreational use, but realistically 2019 does not appear to be the year where it’s going to happen. Legalization aside, there are still smaller points that need to be addressed, and many will be debated in Annapolis over the coming weeks.

One of the most common questions defendants ask is whether their probation can be violated for testing positive for marijuana. The simple answer is that a positive THC test can subject a defendant to a violation of probation, but what happens after a violation is submitted depends on a variety of factors. A standard condition of all Maryland probation sentences is that the defendant shall not illegally possess or use controlled substances, and marijuana is still a controlled substance in our state. A defendant who does not have a state medical cannabis license could easily be subject to violation of probation sanctions for a positive test, or even a civil possession citation. Obtaining a medical license could create a defense that the marijuana was possessed and used legally, but the idea for medical users is not to be violated in the first place. Licensed medical patients may be better off informing their probation officer ahead of time, rather than attempting to explain a positive test after the fact. The flip side is the argument that being a medical cannabis patient is protected health information that defendants should not be required to disclose. The reality is that probation officers and the courts have bigger things to worry about, and lawmakers have taken notice.

Rather than continue the back and forth over a substance that will likely become legal in 2020 one lawmaker has introduced a bill that would bar a positive marijuana test from being considered as violation of parole, probation and pre-trial release. There are exceptions to this rule such as when the judge specifically orders the defendant to abstain from the use of marijuana, but overall this law would clear up a great deal of confusion and alleviate an unnecessary burden on the courts. The same bill also proposes that the threshold for a criminal versus civil infraction for illegal possession of marijuana be increased from 10 grams to 1 ounce (28 grams). This proposal has been debated in other legislative sessions, and almost became law last year. Though it may not end up being a hugely impactful change, certain lawmakers have repeatedly questioned the arbitrary nature of a 10-gram limit. This bill also includes language creating a presumption that possession of less than an ounce does not support a felony charge for possession with intent to deliver, but the State could rebut this presumption with specific evidence of dealing.

A separate bill is also proposing to legalize the medical sale of cannabis edibles, which are not included in the current medical marijuana law. Edibles such as cookies, gummies and candies are extremely popular in other states due to their convenience and the fact that the effects could last more than 4 times longer than smoking or vaping. Edibles were specifically left off prior legislation to minimize the amount of controversy, and basically to assure that medical marijuana would pass in some form. They have been scrutinized for their candy like appearance and potential to appeal to children, as well as the possibility that users can take more than they can handle, but the commission would be responsible to create regulations that prevent misuse. Child-proof packaging and accurate dosage information are easily accomplished, and have been successful in other states. Once edibles become legal the medical cannabis industry will likely see an immediate boost in sales, which could happen as early as this fall.

The Blog will continue to follow all the marijuana bills and other criminal legislation over the coming weeks, and we will post follow up articles as relevant news comes out of Annapolis. In the meantime, feel free to contact criminal defense attorney Benjamin Herbst anytime at 410-207-2598 for a free consultation. Benjamin specializes in drug crimes such as possession with intent to distribute marijuana and narcotics and importation of controlled substances, and is available seven days a week to speak about your case.  He practices in both state and federal court, and defends clients in all areas including Montgomery County, Anne Arundel County, Frederick, Salisbury, Prince George’s County and Baltimore.

Pot brownies, and other edibles, could be next for Maryland’s medical marijuana industry, washingtonpost.com.