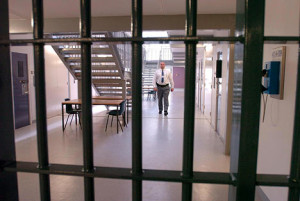 The national prison population continues to decline, and for the first time in almost fifteen years the total number of inmates dipped below 1.5 million.  Last year Maryland lead the entire nation with a dramatic 10 percent reduction in prisoners, which brought the state inmate population down almost 2 thousand to a total of around 18 thousand.  While the simplest explanation for the decline is the passage of the Justice Reinvestment Act, a closer look reveals a variety of factors at play.

The Justice Reinvestment Act or JRA was a groundbreaking and massive piece of legislation that sought to reduce money and manpower dedicated to jailing defendants, and to divert these resources to treating and rehabilitating convicted defendants.  The JRA eliminated harsh mandatory sentences for repeat drug offenders convicted of non-violent offenses such as possession with intent to distribute narcotics.  The maximum penalty for possession of CDS not marijuana was also lowered to one year, which eliminated the possibility of a prison sentence for drug possession.  While most state correctional inmates are serving the original sentence handed down by the judge, a large portion are doing time for violating their probation. Lawmakers became aware that the sentences handed down for probation violations were getting out of control, and used the JRA to do something about it.

Each day dozens of defendants plea out to large suspended sentences in order to be released from jail, and many end up back in court on a violation.  Some of these violations are extremely minor, and could be avoided by more patient probation officers.  In the past defendants faced years in prison for extremely minor violations, but since the JRA went into effect there are now limits on the sentences handed down for these so called technical violations.  The limits are not binding on the judge, but are certainly persuasive when it comes to sentencing a probationer for a positive drug test, failing to complete treatment or not paying restitution.

While eliminating some mandatory prison sentences and altering the sentencing structure for VOPs certainly has contributed to a decrease in prison population these two factors alone have not reduced the prison population by 10 percent.  There has to be more to the story as the JRA has only been in effect for seven months.  Other factors could include the decriminalization of possession marijuana. While defendants never went to prison for possessing pot, this charge often contributed to probation violations that in turn lead to prison time.  Drastic changes in the bail system could also be a factor, as more defendants are being released in advance of trial.  Incarcerated defendants awaiting trial are in more of a hurry to resolve their case and far more inclined to accept pleas involving lengthy suspended time. Other more simple explanations could be the steadily dropping overall crime rate, and the fact that judges and prosecutors are becoming more liberal as those from the older more conservative generation begin to retire.

In our estimation the Maryland prison population will continue to decrease, as all the factors mentioned above are not temporary flukes.  The impact of the JRA will become more pronounced as the years go by, and we will continue to see more relaxed drug laws coming out of Annapolis.  The Blog will continue to follow this positive trend and may post a follow up article in the future.  For questions, or to discuss a pending criminal case in Maryland with an attorney, contact Benjamin Herbst anytime at 410-207-2598.  Benjamin handles all types of crimes including drug distribution and violation of probation, and is available 7 days a week for a free consultation.