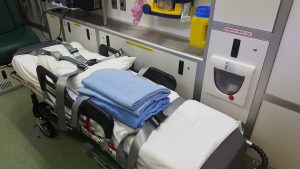 The Maryland Department of Health and Mental Hygiene recently released its report on drug and alcohol related intoxication deaths for 2015, and the data shows multiple alarming trends. Last year was the deadliest year on record with regard to state drug and alcohol overdoses. A total of 1,259 people succumbed to high levels of intoxication in 2015, which represents a 20 percent increase from 2014 and the fifth year in a row that the number has increased. One of the most alarming trends is the high number of fentanyl related deaths that are quickly becoming a major concern across the country. Fentanyl is a powerful narcotic that became popular for treating severe localized pain through adhesive patches that are placed directly on the skin. These patches are slow acting and provide long-lasting pain relief without an intense narcotic effect. Recreational drug users have little use for the patches as intended, but have found numerous ways to extract the narcotic and combine it with other drugs such as heroin. Illicit use of fentanyl produces an intense high that can be many times more powerful than heroin, and often times more deadly. From 2007 to 2012 there were about 30 fentanyl related overdoses a year in Maryland, but the last three years have seen a dramatic increase. In 2013 and 2014 there were 58 and 186, and last year there were a shocking 340 fentanyl related deaths in the state.

Politicians and other public officials have placed more emphasis than ever on combating the heroin epidemic, and the data supports their cause. Heroin related overdose deaths once again rose dramatically in 2015, with 748 cases reported statewide. This is more than double the average number of overdoses from 2007 to 2012. In contrast, the number of prescription opioid overdose deaths from drugs such as oxycodone has remained relatively the same since 2007, especially when factoring in population increases. The same can be said for cocaine related deaths, which were actually lower last year than in 2007. Benzodiazepine overdoses from drugs such as alprazolam (Xanax) and diazepam (Valium) have risen steadily over the last 8 years, but the 91 deaths in 2015 pale in comparison to heroin and fentanyl.

Readers of the DHMH report will notice that marijuana is nowhere to be seen in any of the overdose data, yet alcohol is high up on the list of killers. Alcohol is so ingrained in our country’s culture that it continually receives a pass despite its deadly consequences. There were 309 alcohol related overdose deaths last year in Maryland, and thousands more injuries, incidents of violence, and auto accidents that were caused by alcohol intoxication. Alcohol is available on every street corner yet it’s taking our state years to formulate highly restrictive regulations on where one can grow and sell medical marijuana. While this is a bit of a tangent, it continues to baffle the Blog.

The DHMH report also includes the locations of the overdose deaths, and it’s no surprise that the majority of heroin, alcohol, fentanyl and prescription drug overdoses occurred in Baltimore City. Baltimore County witnessed the second highest number of overdoses with respect to each of these drugs, though it was not exactly close. Despite having a lower population the city reported roughly twice the number of overdoses as the county. Anne Arundel County had the third highest overdose numbers all drug categories, while Prince George’s County and Montgomery County were generally fourth. Despite their small populations Washington County, home to Hagerstown, had an extremely high number of heroin overdoses and Harford County reported a relatively large number of fentanyl overdoses.