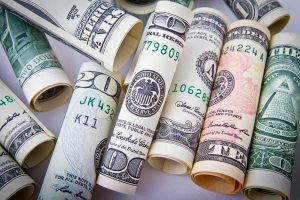 The Ocean City Police recently announced a large prostitution sting, which yielded multiple arrests of defendants from numerous states. All told twelve people were arrested on charges ranging from misdemeanor prostitution to felony possession with intent to distribute a controlled substance. Six of the twelve arrested are from Maryland but only two were actually from Ocean City. The other four hail from Cumberland, Severn, Salisbury and nearby Berlin. One defendant is from Alexandria Virginia and two are from Delaware. The other three hail from Pennsylvania, a bordering state that brings thousands of tourists to the local beaches each summer. All but one defendant was released on personal recognizance, which allows for immediate release without a bail being posted. By order of the Chief Judge, the district courts have been more inclined to released defendants on recog over the last few months. The one defendant who was forced to post a bail was later released after putting up $10,000.

While the police announced the sting was part of a human trafficking operation, there were no arrests for the felony charge of human trafficking. An investigation into suspects engaged in this type of criminal activity could be ongoing, and detectives may try to use any evidence recovered in this sting to locate those suspects. Human trafficking may sound like it is a crime limited to the buying and selling of people for profit, but it includes numerous other activities. In fact, anyone who persuades or induces someone to engage in prostitution or who profits from someone else engaging in prostitution could be charged with felony human trafficking. This type of activity is more related to acting as a pimp or pimping than buying and selling people, but the potential criminal charge could be the same.

Like anyone else charged with prostitution in Maryland, these twelve defendants will have a chance to fight their charges in the Ocean City District Court. The crime of prostitution carries maximum 1-year jail sentence so the defendants may choose to request a jury trial, which will result in their cases being transferred to the Worcester County Circuit Court located in Snow Hill.

Numerous jurisdictions across the state have been engaging in undercover prostitution stings in order to combat human trafficking. These stings have been going on in Baltimore City, Howard County and Anne Arundel County for years, and often center around the police posting a fake advertisement on the website Backpage. A police team will typically try to lure a potential John into a hotel room, where backup teams are standing by and monitoring via audio. Once the undercover officer gives the takedown signal the other officers will enter and make the arrest. Police have become more streamlined in the way the conduct these stings over the last few years, and thus the cases have become harder to fight. If you or a loved one has been charged with prostitution it is advisable to contact an attorney to avoid the serious potential consequences. Even a first time offender runs the risk of receiving a permanent criminal conviction if the case is not handled properly.

Benjamin Herbst is a prostitution and human trafficking lawyer that handles cases in all Maryland jurisdictions. Contact Benjamin anytime for a free consultation about your case at 410-207-2598.