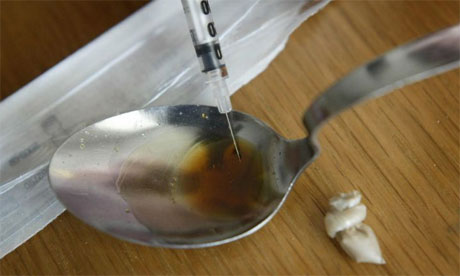 In the first three months of 2014 Maryland witnessed a dramatic increase in the amount of statewide drug overdose deaths. From January through March 2014 there have been 252 deaths, 148 of which were related to heroin. The total number is 33 percent higher than the first three months of last year, and remarkably is higher than the total number of traffic fatalities in the same time frame. While the majority of these deaths have occurred in areas such as Baltimore City that are quite familiar with drug overdoses, there have also been a staggering number of deaths in the suburbs. For communities in Ann Arundel, Frederick, and Harford counties drug overdoses are not commonplace, and seem to make news headlines each time they occur. The news headlines generate talk among the public, which in turn places pressure on the police and the government. Police forces around the state have already taken action, placing more emphasis on breaking up drug trafficking rings that deal with dangerous narcotics such as heroin prescription drugs. Additionally law enforcement officers are receiving thorough training on drug overdoses, and are now carrying the anti overdose medicine Narcan in their squad cars. There is no doubt that when the 2015 legislative session rolls around we will see bills specifically designed to address the increased amount of overdoses. But for now the state government has only responded in the form of an executive order from the governor’s office.

Governor O’Malley recently signed the executive order with the immediate goal of reducing drug overdose deaths by 20 percent before 2015. The order calls for the state to establish an overdose prevention council. The council will attempt to identify areas where overdoses are on the rise, and to assure that these areas have the law enforcement and treatment resources necessary to prevent drug fatalities. The council will specifically focus on heroin and the deadly drug fentanyl, which is often mixed with heroin. Fentanyl is a common and cheap additive to a large percentage of the heroin that is sold on the street, and can be even more deadly than the heroin itself. It is traditionally used in pain relieving patches for patients that are resistant to traditional pain killers, but recently fentanyl started appearing as an additive to “cut” street level heroin without sacrificing potency. The increased number of fentanyl related deaths in Maryland speak for themselves, as there were 3 in June of 2013 and 17 this past June. The efforts of the executive are to be commended, but their effectiveness remains to be seen. The price of heroin is not going to skyrocket anytime soon, and therefore it will continue to be available. And as is the case with the rest of the war on drugs, if you arrest a few dealers or bust up a trafficking ring another will come along in no time.

Establishing a committee sounds nice, and gives politicians the rhetoric that they are tackling the problem head on, but results are all that matter. If eliminating overdose deaths is truly what the government wants to do, they could make anti overdose medicine and education readily available out on the street, rather than simply write a few checks for law enforcement to make drug busts. The blog will continue to follow the increasing overdose problem in Maryland, and any legislation that will follow. We may post a follow up article on heroin and fentanyl as well.

Benjamin Herbst is a Maryland criminal defense attorney who specializes in drug crimes and DUI. Contact Benjamin any time for a free consultation about your case at 410-207-2598.