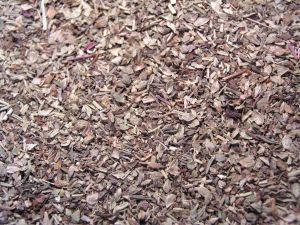 The synthetic marijuana controversy is back in the news again in Maryland. Clashes between vendors and members of the community where the fake drug is being sold continue to butt heads, and Frederick is at the center of this latest dispute. A cigar store that also sells beer and wine on Market Street in downtown Frederick has seen sales of synthetic marijuana boom in the last few months. Commonly known as spice, which was the one of the product’s original names, synthetic marijuana is actually a blend of natural herbs that is sprayed with a chemical compound. The chemical is not one specific compound, but rather one of many that is designed to mimic the effects of THC. Many of these chemicals have been made illegal by the federal government, including the original spice and K2 compounds, but manufacturers have created new chemicals to skirt the federal regulations. The synthetic drug now lines the shelves of various tobacco shops and liquor stores in Maryland, and the product is flying off the shelves. While storeowners and smokers are thrilled about the product’s availability, members of the community are voicing their displeasure with spice sales.

Shopkeepers on Frederick’s Market Street have gone public with their concerns that large volume spice sales are putting a black eye on the quant downtown area. One owner of an eyeglasses store even went so far to say that synthetic marijuana sales are ruining the downtown area. The unhappy storeowner criticized the spice shop for not only attracting a large number people, but for also promoting an environment where the spice purchasers hang out and smoke their stash. Despite their efforts, there is really nothing those who oppose synthetic marijuana can do to stop its sale and public use. The Frederick police will not instruct the store to stop selling because there is no federal, state, or local law that prohibits sale and use of the specific product that lines the shelves of the cigar shop. The spice opposition will simply have to resort to lobbying their local government for an ordinance that makes sale or public use illegal, but this is no easy task.

The Maryland legislature and local government in Frederick will face the same issues that the federal government has faced in attempting to ban spice. You simply cannot enact legislation that makes synthetic marijuana illegal because there is no one specific substance that makes up the drug. Laws in this country must be specific so as to put the public on notice. A law can be deemed void for vagueness when simple reading of the statute does not offer a reasonable explanation of what conduct is legal and what is illegal. On the other hand, this constitutional concept is fought in the court system and not out on the street. Therefore, if the local government in Frederick decides to ban all synthetic marijuana it could be months before a ruling on the law is handed down by the courts. As a result a person or storeowner could conceivably be arrested or cited before a new law is actually reviewed. Anyone who decides to sell, purchase, or use spice should always remain current on the federal law, as well as the laws of Maryland and their localities before indulging.

Benjamin Herbst is a Maryland drug lawyer specializing in marijuana possession and sale. If you have been arrested in Frederick or anywhere in Maryland contact The Herbst Firm for a free consultation.