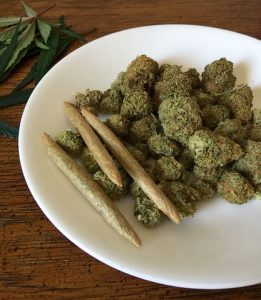 Fruitland is a small Eastern Shore city located off of Route 13, just south of Salisbury and a few miles north of Princess Anne.  As an incorporated municipality, Fruitland maintains a city council that can enact legislation, and a police department to enforce its laws.  With a population of around five thousand residents though, it’s no surprise that major news headlines do not appear when Fruitland passes new laws.  Last month, Fruitland lawmakers passed an ordinance making it a crime to smoke marijuana in public.  There was little fanfare surrounding the passage of this law despite the fact that almost everything cannabis makes it to the various online news site.  Last month there wasn’t a peep about the Fruitland law anywhere on the internets.  But other local government agencies were paying attention, and now Wicomico County officials have proposed the same type of legislation to their respective lawmakers in the county council.

The State’s Attorney’s Office and the Sheriff of Wicomico County have asked the council to consider sprucing up the county’s marijuana laws in order to give police arresting authority for public marijuana consumption.  In a time where marijuana laws are becoming more lenient some jurisdictions are pushing for the opposite.  As a criminal defense lawyer Blog we are almost always on the opposite side of law enforcement when it comes to reforming drug laws.  Public consumption of marijuana though is a complicated issue, and it’s hard to disregard either side of the argument.  For starters, nobody should ever be subject to criminal prosecution and the potential for a jail sentence for smoking marijuana.  At the same time, citizens have a right to object to being exposed to marijuana use when they are in public, and law enforcement has a right to speak for the public on this.

We have long since believed that marijuana should be treated the same as alcohol, as both are recreational drugs that people enjoy, and both cause impairment.  The purchase and sale of both should be legal, taxed and regulated, and the public consumption of both should be unlawful but not punishable by incarceration.  Public consumption of alcohol is a civil infraction under Maryland law, which is punishable by a fine, but certain municipalities have criminalized this offense.  When examining the utility of a stricter statute for public consumption of marijuana we can easily look to similar alcohol ordinances for comparison.

Ocean City has notoriously made public consumption of alcohol a misdemeanor punishable by up to 90 days in jail, but it’s hard to say that this strict open container law has done anything to curb the behavior.  In addition, the court system in Ocean City deals with so many open container cases that most are dismissed upon completion of community service.  The problem is that many individuals, especially younger beachgoers, could be permanently impacted by being arrested and charged with a criminal offense.  If the state is willing to dismiss these cases upon completion of community service, then why is it necessary to keep it a criminal violation?  If Ocean City simply followed Maryland law, its officers could still charge offenders with a civil violation that requires a mandatory court appearance, and the State’s Attorney’s Office could still offer community service in exchange for a dismissal.  This is similar to what occurs in Howard County, where alcohol violations are fairly common at Merriweather concerts.  Can anyone really say that threatening to sentence a person to three months of their life in jail for carrying a beer in public is reasonable?

Wicomico County would be better served by enforcing the existing laws for possession of marijuana.  The sheriff’s deputies could still charge public pot smokers with a civil infraction that carries a stiff fine and a mandatory court appearance, and the State’s Attorney’s Office could begin to stand in and prosecute these cases the same way it’s done in Howard County.  Is it reasonable to put someone in jail for three months for smoking a joint in public?  The answer is an obvious no.

Benjamin Herbst is a Maryland criminal defense lawyer that specializes in drug offenses such as possession with intent to distribute marijuana and narcotics, and manufacturing marijuana.  He handles cases in all state and federal jurisdictions including Wicomico County and Howard County.  Contact Benjamin anytime for free consultation at 410-207-2598.