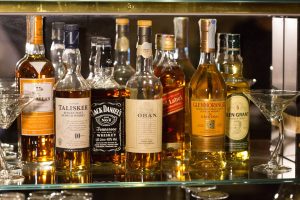 Maryland’s highest court recently released a potentially groundbreaking opinion by ruling that adults may be liable for the actions of underage drinkers whom they provided alcohol. The ruling stems from two cases involving auto accidents where intoxicated teenagers were the drivers. The plaintiff in the Baltimore County case was walking her dog when she was struck by an SUV driven by an 18-year-old that had been drinking at the home of the defendant. The defendant had allegedly provided mixed drinks to the teenaged driver, and made no effort to assure that the young man would not get behind the wheel that night. The other case stemmed from a tragic accident that occurred in Howard County back in 2009. The plaintiff is the family of a 17-year-old that was killed as he was the passenger in the flat bed of a pickup truck driven by his allegedly intoxicated friend. The lawsuit states that the driver had been drinking in the garage of the defendant’s home with full knowledge of the defendant.

Both lawsuits target a third party that is claimed to be liable for damages caused by another individual, which in these cases are the two teenaged drivers. This theory of indirect third party “social host” liability is tough to prove and until now has never been recognized in Maryland. Upwards of 20 states have dram shop laws that allow liability of establishments arising from the sale of visibly intoxicated individuals that later cause injuries to another, but our state is not one of them. While this Court of Appeals ruling does not address dram shop, it will now pave the way for future civil actions against adults that furnish alcohol to minors. The court opined that young adults under the age of 21 are not competent to handle the potentially dangerous effects of alcohol, and are more susceptible to harming themselves or others when presented with the opportunity to drink in excess. According to the court some of the onus must fall on an adult that was present, and facilitated the conduct.

This appeals court ruling addresses civil liability, and it coincidentally comes at a time when the legislator has just expanded criminal liability for adults that furnish alcohol to minors. In May the governor approved a bill that will soon allow judges to incarcerate adults for up to one year if he or she provided alcohol to an underage drinker that subsequently injures or kills another person while driving a motor vehicle. This jail time provision was not present in the old statute, which under section 10-117 of the criminal code had a maximum punishment of a $2,500 fine for a first offense and $5,000 for a second offense. There will still be fines under the new law and the possibility of a misdemeanor criminal conviction, but jail time will only become a sentencing option in there is a serious bodily injury. Some lawmakers attempted to add a jail provision regardless of the minor causing an injury, though this version did not pass the General Assembly.

Benjamin Herbst is a criminal defense attorney that handles underage drinking citations and charges stemming from furnishing alcohol to a minor in all Maryland courts. He is also an experienced DUI and DWI lawyer in federal and state court. Contact Benjamin at 410-207-2598.