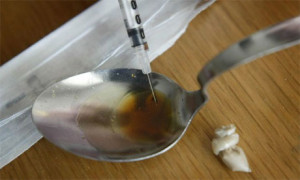 A 28-year-old man from Baltimore recently pleaded guilty in federal court to possession with intent to distribute controlled substances, possession of a firearm in furtherance of drug trafficking and possession of a firearm by a convicted felon.  Taken by itself, those facts are hardly an anomaly these days, as the feds have shown a proclivity to prosecute street level drug dealers (especially when heroin and fentanyl are involved).  However, the facts surrounding the investigation and eventual arrest are noteworthy.  Law enforcement first were alerted to the defendant’s criminal involvement as a result of a fatal heroin overdose that occurred in Harford County in 2017.  As is the case with many fatal drug overdoses, law enforcement’s first lead came from the cell phone of the deceased.  Police were able to see that the deceased had arranged to meet a person with an alias linked to the defendant in order to effectuate a drug transaction.  The deal in question took place in a grocery store bathroom in Baltimore City, which is a common practice to assure there is no video surveillance.

Law enforcement then began tracking the defendant’s movements, and observed him making an alleged drug transaction in a gas station bathroom.  The surveillance led to a search warrant, which was ultimately conducted on the defendant’s home and vehicle about one month after the fatal overdose.  Police were also able to obtain permission from a judge to install a GPS tracking device on the defendant’s vehicle, another common law enforcement tactic.  During execution of the warrant law enforcement recovered a firearm, $12k in cash, 82 grams of cocaine, 55 grams of heroin and 7 grams of fentanyl.  Officers also seized a cell phone with the same number that the deceased was texting prior to the overdose.  It wasn’t until two years later that a federal grand jury actually indicted the defendant, and now two years after that the case is finally on its way to a resolution.  The defendant and the government have agreed to a sentence between 8 and 12 years, and the defendant will learn his fate in March of 2022.  Multiple law enforcement agencies were involved in this investigation, including the DEA, Harford County Sheriff’s Office, Anne Arundel County Police, Baltimore County Police and the Carroll County Sheriff’s Office.  The defendant has a host of prior offenses and is on probation in Baltimore City for a gun charge.  The Blog will follow this case and potentially post again after the defendant is sentenced.

The defendant will receive a stiff federal sentence that is not parole eligible, and could possibly face additional state time for his violation of probation, but he avoided potential prosecution for involuntary manslaughter under Maryland criminal law §2.207.  Prosecutors in jurisdictions throughout the state have been filing manslaughter charges against defendants alleged to have sold CDS (typically heroin fentanyl mix) to the victim of a fatal overdose.  While the manslaughter charge carries a lower maximum penalty than the actual distribution (20 vs. 10 years), it can increase the overall sentencing guidelines, and drastically influence the State’s offer and the judge’s sentence.  If you or a loved one has been charged with any type of drug offense including possession with intent to distribute, firearm possession in a drug trafficking crime or manslaughter, call Maryland criminal defense lawyer Benjamin Herbst anytime for a free consultation.  Benjamin specializes in drug offenses and gun crimes, and is available 7 days a week at 410-207-2598.  He has extensive experience in all Maryland jurisdictions, and is a skilled federal drug offense lawyer for cases being prosecuted in the Baltimore or Greenbelt federal courts.