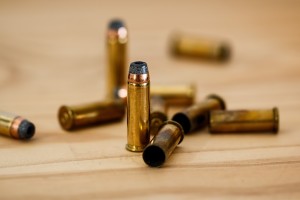 The traffic stop has long since been a powerful investigative tool for law enforcement.  Performing a traffic stop is perhaps the most common method for police officers to make contact with citizens.  While the large majority of traffic stops remain just about the alleged traffic infraction, police are trained to look for signs of criminal activity immediately upon pulling over a vehicle.  Sometimes suspects give police reason to escalate the situation by their words or actions, and other times the presence of criminal activity is based on something an officer sees or smells.  Of all the traffic stops that an officer conducts, there is one scenario where the driver almost always ends up in handcuffs, and it occurs when the driver is asleep behind the wheel.

Obviously, a sleeping driver’s vehicle is rarely moving when police make contact, but Maryland case law has made it clear that an officer who approaches a parked vehicle is still making a traffic stop for legal purposes.   A driver of a parked vehicle may have a legal argument if he or she is awake and not trespassing or committing some other obvious offense.  In the case of the sleeping driver however, there will never be an issue about whether the officer has a legal basis to make the stop.  Outside of being on private property, sleeping while in control of a motor vehicle is not only a sign that criminal activity may be afoot, but also presents a safety hazard that gives police the authority to investigate for welfare purposes.  Most drivers who are asleep behind the wheel will be asked to step out of the vehicle and investigated for signs of drug or alcohol intoxication.  A fair amount of DUI cases begin when an officer makes contact with a sleeping driver.  In some cases though the stop becomes much more than a DUI investigation.

Back in pre-Covid era of March of 2019 (which seems like a lifetime ago) Baltimore police encountered a man asleep behind the wheel in a Reisterstown Road parking lot.  Officers immediately observed signs of intoxication, including the usual slurred speech, and requested the man step out of the vehicle.  Apparently in the man’s intoxicated state he forgot that he had a firearm protruding from his waistband, and he was immediately arrested.  Police seized the the loaded handgun and subsequently performed a ballistics analysis to see if the firearm had been involved in any prior criminal conduct.  As it turns out, the same firearm was discharged in public back in 2017 in a crime that was never solved.  While nobody was injured, the incident was still part of an open investigation, and as a result Baltimore County police detectives ended up questioning the defendant about his knowledge of the Owings Mills shooting.  Unfortunately for the defendant, he did not assert his right to counsel and proceeded to admit that he was the person who discharged the firearm in public, after taking it during a drug transaction.  In exchange for his honesty the police proceed to charge the defendant with felony firearm possession, CDS possession of firearms and discharging a firearm in public.

All the state charges related to this incident were dismissed and the defendant was eventually prosecuted in federal court by the U.S. Attorney’s Office.  He ultimately pled guilty to possession of a stolen firearm and was sentenced to 8 years in federal prison followed by 3 years of supervised release.  As there is no parole in the federal system, this sentence is roughly comparable to a 10-15-year state sentence.  There is no doubt that the judge took into account that the defendant admitted to discharging the firearm in public back in 2017, and without his statements, law enforcement never would have been able to prove the defendant’s involvement.  This case is a constant reminder that the feds are not shy about prosecuting gun cases involving convicted felons, and that speaking to police without a lawyer is rarely beneficial.

Benjamin Herbst is a gun crime lawyer who specializes in charges such as wear transport carry of a firearm, carrying a concealed firearm and possession of a firearm by a convicted felon or in a drug trafficking crime.  He is licensed to practice in the state and federal courts of Maryland and Florida, and has extensive criminal defense experience with all gun, drug and drunk driving offenses.  Contact Benjamin at 410-207-2598 or 954-543-0305 for a free consultation anytime.

Baltimore Man Sentenced to Eight Years in Federal Prison for Possession of a Stolen Firearm, justice.gov.