Public corruption cases have always garnered special attention from law enforcement officers and prosecutors, and the media seems equally interested. Baltimore City made national news headlines in 2016 after a corruption scheme was exposed at the city jail as did the arrest of a Baltimore school principal who pled guilty to theft of student activity funds back in 2014. While these cases caused a stir, there is a particular kind of outrage reserved for elected public servants who cheat or steal from the very people that put them in office and pay their salaries. Elected officials almost always campaign on a platform of honesty and devotion to their constituents, and although few actually deliver on these promises actual corruption is rarely exposed. However, there will be at least two former Maryland politicians facing jail sentences for corruption in 2017. We already posted about the former Maryland State Delegate from Prince George’s County who is awaiting sentencing in federal court in April for bribery, and now he will be joined in asking for a judge’s mercy by another corrupt ex-politician.

The former mayor of a small eastern shore town in Caroline County recently pled guilty to theft scheme from $10,000 to $100,000, malfeasance in office and forgery. The 52-year old woman was also charged with embezzlement and other counts of theft, which were nolle prossed pursuant to her plea agreement. In a criminal complaint law enforcement alleged that the former mayor transferred money from the Town of Marydel’s bank account into her own account and even went so far as to use a debit card in the town’s name to pay her personal bills. There were also claims that the shamed former mayor forged the signatures of other town officials on checks that she used for herself. The theft scheme totaled more than $61,000, which is a huge chuck of change for a town with a population of less than 200. 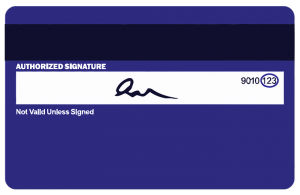 The Office of the State Prosecutor handled the case in place of the Caroline County State’s Attorney, which is common practice when elected officials are prosecuted. This is especially true in smaller jurisdictions where all elected officials typically work closely together and are on a first name basis with each other. The former politician is currently being held at the county jail without bail, and will go before a circuit court judge in Denton in April to learn her fate. She faces up to 10 years in prison on the forgery charge and 15 years on the felony theft charge. The malfeasance in office count is a common law violation that does not carry a specific maximum punishment. Maryland judges are only bound by the Eight Amendment, which bars cruel and unusual punishment for common law crimes other than conspiracy. A sentence for conspiracy cannot be greater than the maximum penalty for the crime at issue.

The Blog will follow this case as well as the federal case involving the former Prince George’s County state politician, and we may post a follow up article in April after both defendants have been sentenced. Benjamin Herbst is a theft lawyer in Maryland that handles forgery and check fraud cases in all state and federal jurisdictions. Contact Benjamin for a free consultation anytime at 410-207-2598.