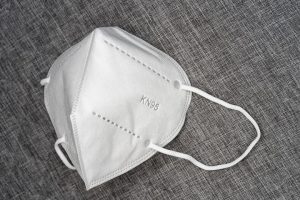 A Harford County man was recently arrested at a polling place in Jarrettsville for refusing to wear a mask while attempting to cast his ballot in the upcoming presidential election.  The 52-year old from Fallston was not taken into custody right away, but rather was allegedly asked to leave or put on a mask several times before police were called.  Even after deputies from the Harford County Sheriff’s Office arrived, an arrest was not performed immediately.  Deputies spoke to the man for nearly 30 minutes, and reportedly arrested him as a last resort.  He was taken to the detention center and then was released on his own recognizance after meeting with the commissioner.  Officers charged the man with two offenses including trespass under criminal law 6.403 and failure to comply with a health emergency under section 14.3A.08 of the public safety code.  According to reports there was another man who refused to wear a mask, but willingly left the polling site after police arrived.

There are a few interesting legal issues related to this incident, but let’s start of by saying it is a true sign of the times that the headline to this post is not the least bit shocking.  Just think how you would have felt one year ago if you had read that a person was arrested for not wearing a mask at a polling place.  Regardless, the legal issues we will discuss involve the two charges.  The first issue is whether the man was charged with the appropriate trespass statute.  Under Maryland law, trespassing on private property carries a maximum sentence of 90-days in jail.  This charge is common in cases involving casino trespass related to the Maryland voluntary exclusion program, and other cases involving bars, stores and private homes where the individual has been told to leave or not to enter in the first place.  This particular incident occurred at a volunteer fire department, so the appropriate statute may have been for refusal or failure to leave a public building or grounds under 6-409.  Trespass on public or government property carries a higher 6-month maximum penalty, which means there is a right to trial by jury in the circuit court.

We know from previous posts about parties and gatherings that police will make arrests for violations of the Governor’s long-standing health emergency order.  The Governor has a wide range of powers during emergencies, but typically when we think of a state of emergency we think of riots, hurricanes or widespread power outages.  The health emergency provision is seldom used, but it does unequivocally grant certain powers to the Governor and the Court of Appeals that include requiring certain individuals to quarantine or isolate.  The language of the statute also reads that “If necessary and reasonable to save lives or prevent exposure to a deadly agent, the Governor may order individuals to remain indoors or refrain from congregating.”  The statute does not specifically address the ability of the Governor’s power to require masks, but does broadly allow for appropriate actions to be taken to protect the public.   It should be noted that a violation of the public safety code related to so called normal states of emergency carries a maximum penalty of 6 months in jail and a $1,000 fine, while a violation for failing to comply with a health emergency order is 1 year in jail and a $5,000 fine.

Hopefully this is the last time we post on an arrest involving a violation of an emergency order, but it will be interesting to see how this case plays out in the courts.  Over the summer we posted about a Charles County man who was arrested for hosting parties in violation of the governor’s order, and this man was sentenced to 1 year in jail by a district court judge (the maximum penalty under the statute).  The man’s case was appealed to the circuit court, where he received a suspended sentence and credit for the 71-days he served in the county jail.  Some district court judges can be unfamiliar with the Maryland sentencing guidelines and impose jail sentences out of emotion rather than what is dictated by justice, which is why we typically recommend jury trial prayers when available.  If you have any criminal law related questions or need representation contact criminal defense lawyer Benjamin Herbst anytime at 410-207-2598.  Benjamin practices in Maryland and in Florida, and specializes in defending casino trespass, drug crimes, firearms offenses, theft, burglary, arson and all other crimes.  He is also an experienced violation of probation lawyer who fights to release anyone being held on a VOP.  Call Benjamin today for a free consultation about your case.