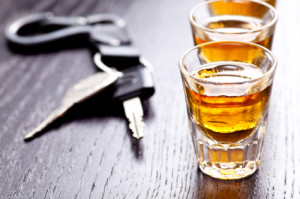 In 2016 Maryland lawmakers passed Noah’s Law, which mandated the installation of engine interlock devices for anyone convicted of DUI.  The law also significantly increased administrative driver’s license suspensions for those who either refused to take a breathalyzer test or for those who tested over the legal limit of .08.  Interlock devices, commonly known as “blow and goes”, require a driver to produce a negative breath alcohol test prior to starting the car, and at random times during the car trip.  They have become more technologically advanced over the last several years, and most now include cameras to verify the person giving the breath sample is actually the driver.  The technology has its faults though, and we have seen numerous cases of the devices malfunctioning or causing damage to vehicles.  Despite some shortcomings, interlock devices have been hailed by lawmakers and lobbyists as highly effective at reducing the number of impaired drivers on the road.  There were apparently 3,700 failed interlock tests in 2021 that resulted in the vehicle being disabled, and those in support of the devices have been quick to conclude this number directly translated to 3,700 less drunk drivers on the road.  Regardless of the exact numbers, the devices for the most part do what they are intended to do, and as a result have become a massive business for manufacturers and installers.

While Noah’s law was considered groundbreaking at the time, and resulted in many states following suit with their own interlock requirements, there are what some consider shortcomings in the law.  Currently judges are only required to order a defendant to install interlock upon a conviction for DUI.  This means than defendants who receive probation before judgment or PBJ are not required by law to install interlock.  Over the years judges in Maryland have become stricter when it comes to granting PBJ in DUI cases, and it is no longer a forgone conclusion for first-timers.  On the other hand, first-time offenders who have done all the right things leading up to court (completing alcohol education etc.) and show remorse have a good chance of leaving court with a PBJ.  According to reports nearly half of the 14,000 Maryland drunk driving defendants received PBJ in 2021, and the percentage of first-time offenders receiving PBJ would likely be much higher than 50%.  In addition to the PBJ loophole, defendants convicted of DWI, which carries lower maximum jail time, fines and points, can currently avoid installing interlock in their cars.  Strengthening Noah’s law would likely result in all DUI and DWI defendants who enter guilty pleas being required to install interlock.

The interlock bills being debated in Annapolis deal with requirements imposed by a judge in court, but the court case is only half the equation in a drunk driving case.  A Maryland driver who is charged with DUI or DWI and refuses to take a breathalyzer test must currently must install interlock in order to avoid a mandatory license suspension of 270 days.  Defendants who take the test and blow over .15 must also install interlock or face a 6-month suspension.  These requirements are imposed administratively by the MVA, and can only be amended at a hearing in limited circumstances.  A Maryland driver who refuses the breath test or blows over .15 may be able to secure a work vehicle exception to the interlock requirement by requesting a hearing in front of an Administrative Law Judge or ALJ.  An ALJ can also grant a work-only restricted license in cases where the defendant blew under .15, but cannot grant a restricted license in a refusal case.  These time frames are for first time offenders, and repeat offenders could face as much as a two-year suspension in refusal cases.

The Blog will continue to follow this important legislation, and may post a follow up article when the fate of the bills is decided.  It seems as if we are headed in that direction, and as a result engine interlock companies could see hundreds or even thousands more customers paying upwards of $100 per month for the device.  If you have a question about the state laws or for representation contact Maryland DUI lawyer Benjamin Herbst anytime for a free consultation.  Benjamin has successfully represented hundreds of clients charged with drunk or impaired driving and is available 7 days a week for a free consultation at 410-207-2598.  He specializes in defending out of state residents charged with DUI in Maryland, federal DUI cases and cases involving minors.  Contact Benjamin anytime to learn what defenses may be available in your case.