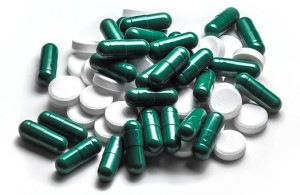 While decriminalizing small amounts of marijuana in Maryland was a major victory for drug reform, some state lawmakers are far from satisfied. The last year has been productive, with medical marijuana perhaps less than a year away from going live, and marijuana paraphernalia being decriminalized. But arcane drug laws have done little to reduce the availability and abuse of controlled substances, and incarcerations for non-violent drug offenses continues to cost state and local governments millions of taxpayer dollars. In an effort to take drug reform to new heights one state delegate has introduced a package of bills, which focuses on prevention and treatment instead of punishment. This common sense approach acknowledges that eradication of controlled substance use is not a realistic goal, and as a result advocates expending government resources on mitigating the effects of inevitable drug use. As of now there are three bills that will hit the House floor this legislative season, with the perhaps the most controversial scheduled for a hearing in early March.

House Bill 1119 represents an unequivocal effort to decriminalize the simple possession of virtually all common street drugs. Simple possession, which is referred to as de minimis possession in the bill, is the same benchmark that was used to decriminalize marijuana. The legislature chose the arbitrary amount of ten grams as their benchmark for de minimis pot possession. This amount was likely a compromise between lawmakers searching for a line that could separate personal use with intent to distribute, but other than the fact that ten is a nice round number it makes absolutely no sense. Many marijuana users prefer to buy larger amounts at a time to minimize the number of purchases they need to make. It would hardly be out of the ordinary for a moderate user to buy an ounce (28 grams) or more at a time, and this amount would in no way indicate a desire to distribute for profit. Further, marijuana is rarely sold by ten-gram increments, especially not in America. Still though, setting the bar at ten grams is better than the alternative of initiating criminal charges for anyone possessing as little as one tiny bud.

The proposed house bill expands upon de minimis exception for marijuana to include benchmarks of two grams of cocaine, one gram of heroin, ten tablets of meth, .0015 grams of LSD or acid, and 1 gram of methadone / amphetamine. Possession of less than these amounts of each drug would not be a crime under Maryland law if the bill were to pass. These amounts are more realistic as indicative of personal use than the ten-gram cutoff for pot because they have not been watered down by endless debate and so called compromise. The bill would eliminate a large burden on the criminal justice system of prosecuting drug users who need help rather than jail time, but sadly it has little chance of becoming law in the next couple of years. Maryland has not shown a willingness to be ultra progressive with respect to drug policy and it is highly unlikely that Annapolis lawmakers would be the first to decriminalize cocaine and heroin possession. On the other hand, this bill could generate enough attention to start the discussion, which at this point is the best we can hope for this year.

Benjamin Herbst is a drug possession and distribution lawyer who specializes in cocaine, heroin, and marijuana cases in Maryland state and federal court.  Contact Benjamin to discuss your case anytime at 410-207-2598.