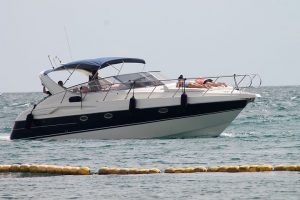 Nine recreational boaters were arrested for operating a vessel under the influence during the July 4th weekend according to the Maryland Natural Resources Police. The Natural Resources Police or NRP is the enforcement arm the Department of Natural Resources or DNR, and among other duties is responsible for patrolling the state’s hundreds of navigable waterways. They are especially busy during the summer months, with July 4th and Labor Day being perhaps the single two busiest days on the water each year. The main duty of NRP officers during these heightened times is to keep boat operators and their passengers safe out on the water, and boat safety checks are one of the most effective ways to achieve this goal. NRP officers conducted close to 2,000 safety checks over the holiday weekend and issued almost 700 citations for violations of the State Boat Act, which is part of the Waters section of the Natural Resources code.

If you are operating a vessel on a Maryland waterway during a holiday weekend there is a good chance you will be approached by an NRP officer for a safety check. Unlike a traffic stop on state roadways, boating officers do not need reasonable suspicion to approach a vessel to conduct a safety check. NRP officers can make close contact with vessel operators and their passengers at basically any time, and this contact can quickly turn into a criminal investigation.

During boat safety checks the officers will make sure the required safety equipment is present and that the number of occupants does not exceed Coast Guard limits, but the officers are always on the lookout for the possibility of drug use or an impaired operator. If an officer suspects that the operator is under the influence he or she may request the operator to submit to field sobriety exercises and a breath test similar to what occurs during a DUI investigation out on the road. A boat operator is not required to submit to a breath test unless there is an accident involving death or serious injury, but refusing could trigger a one-year suspension of operating privileges. The penalties for operating a vessel under the influence of alcohol or drugs are basically the same as the penalties for drunk driving. Boating under the influence of alcohol carries a 1-year maximum jail sentence and a $1,000 fine, while boating while impaired carries a 60-day jail sentence and a $500 fine. These citations are often accompanied by charges for operating a vessel in a reckless or dangerous manner. Unlike its traffic counterpart in the transportation code, under the Maryland boat law operating a vessel in a reckless or dangerous manner carries a potential 30-day jail sentence for a first offense and a 60-day sentence for a subsequent offense. These citations are criminal must appear citations, and failure to appear could trigger an arrest warrant. While a conviction for operating a vessel under the influence or reckless operation could result in a criminal record, they do not trigger driver’s license suspensions.

The Blog will continue to follow any newsworthy activity from the NRP during the course of the summer, and most post another article around Labor Day. If you have been charged with any violation of the Maryland State Boat Act, including operating a vessel under the influence of alcohol or reckless operation of a vessel contact criminal defense attorney Benjamin Herbst anytime for a free consultation. Benjamin specializes in waterway cases in Anne Arundel County, Baltimore County, Southern Maryland and the entire Eastern Shore. He is also an experienced DUI and DWI attorney, and is available 7 days a week for a free consultation at 410-207-2598.

9 Arrested For Boating Under The Influence, 668 Ticketed Over July 4th Weekend On Maryland Waterways, baltimore.cbslocal.com.